5G smartphones gets even cheaper, thanks to Realme V3

Realme have just announced few smartphones in China, among which is the Realme V3. The V5 is a full fledged 4G/5G smartphone, (thanks to the presence of the Mediatek’s Dimensity 720G). It is also the company’s cheapest 5G smartphone and probably the world cheapest 5G device yet.

In the coming months, we expect to see more affordable 5G smartphones selling as low as under $200 USD …DroidAfrica

We made the above assertion on the 18th of April while covering an update on the OPPO A92s. As at that time, certain folk believed that the COVID-19 pandemic was some how connected to the advent of 5G, and even though worldwide acceptance of 5G was not really in view, it was still fairly easy to see that happening, considering the fierce competition in the tech/chip industry.

Now with the Realme V5, you don’t need to invest anything close to $200 for a 5G smartphone anymore. The device comes with a starting price of 999 yuan in China, translating to around $146 USD. At this price, you are getting a 5G smartphone powered by the above mentioned Dimensity 720 CPU, 6GB RAM and 64GB of built-in storage. 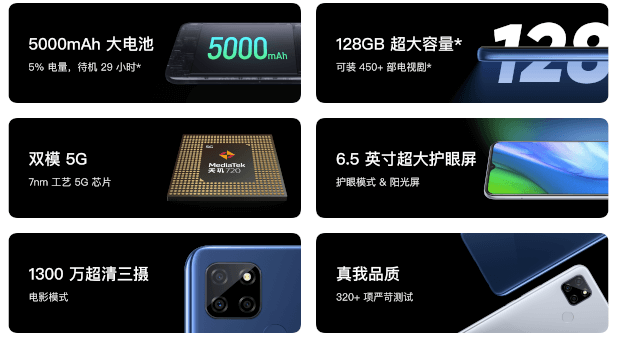 The realme V3 looks a lot like the V5 launched earlier, in fact, both phones has same CPU and backed by a 5000mAh battery. But to keep cost as low as possible, certain sacrifices were made here and there. For example, the screen on the cheaper v3 is 720p panel, and no 90Hz refresh rate.

As for the camera, well, you are getting just triple modules at the back, comprising of a 13-megapixel main snapper, along with 2×2-megapixels, being a depth and macro lens respectively, while a single 8-megapixel snapper handles selfie duties upfront. 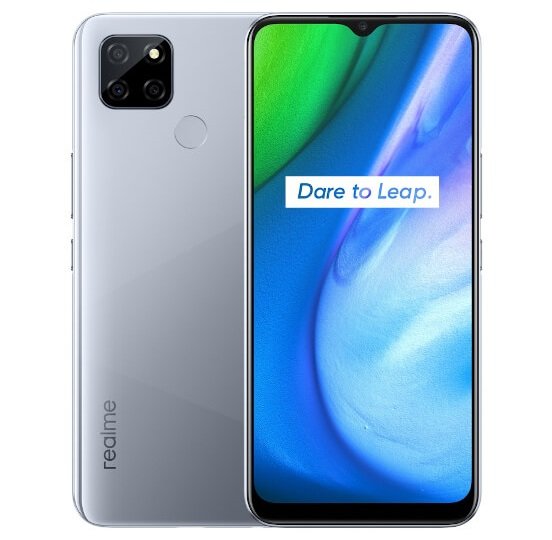 Stephen Ekpahttps://www.droidafrica.net
Stephen is the Editor-in-Chief @DroidAfrica. His work on DroidAfrica is born out of pure passion for tech, especially as it relates to smartphones. When Steve is not writing tech, then he is reading tech.
Share
Facebook
Twitter
Pinterest
WhatsApp
Previous article
This is probably your first peak at the upcoming OnePlus 8T
Next article
Tecno Spark Go 2020 announced with Helio A20 CPU