The Galaxy S20 Fan Edition model came as a surprise to most of us. This was because Samsung abandoned the FE lineup since the Galaxy Note 7 series, when the company introduced the initial Note FE. All subsequent FE series since this model have ended up in the rumor Trash Can, until 3years later when the Galaxy S20 FE was introduced. Now, rumors are pulling towards a possible Galaxy Note 21 FE, and a renounced concept designer in the mobile industry thinks the upcoming device might look like these: 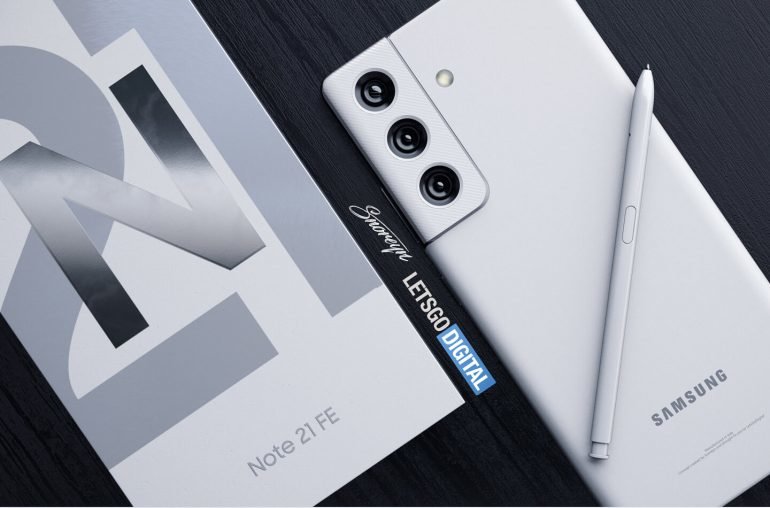 According to the designer, the Galaxy Note 21 FE will retain one of it major identity, which is an added Stylus Pen. The designer also stated that there might not be a major hardware upgrade of the Note 21 FE in order to keep the price low, and as such, an Exynos 990 or the Snapdragon 865 CPU may be used.

The UI is based on Samsung OneUI 3.1, which runs on Android 11 out of the box. And since the Stylus pen is a default feature of the Galaxy Note-series almost from inception, a compartment might be provided on the device for storing the pen, unlike the S21 Ultra which has optional Stylus Pen.

Moreover, the designer is not able to guarantee what this device will be actually called. It might be a Note 20 FE, or a Note 21 FE. The reason for this is because the rumored CPU makes it closely related to the Note 20-series, but given that the device is still many months away, the launch period might coincide with the Note 21-series, hence could be called Note 21 FE. In either case, stay tuned for more update on this.