iTel online family launch event took place at 8:30pm yesterday, and a handful of iTel’s products were announced. Among the list of products introduced were those which will be available in the market soon, some, which are still work in progress, and others which are not even being developed already, and these are their brief summaries:

iTel P37-series was the spotlight!

The spotlight of the event was the introduction of iTel’s latest P37-series. These were the successors to the P36 lineup of last year, and as you would expect, the models continued with focus on battery power just like the predecessors. 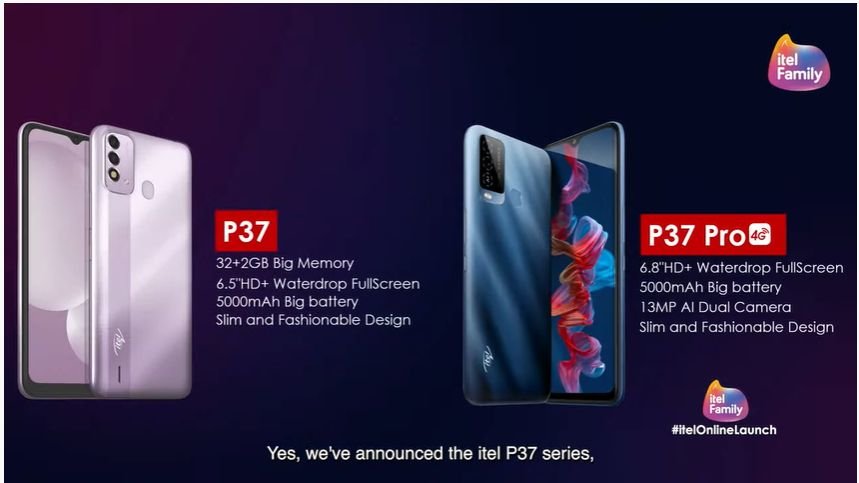 In the P37-series, there is the standard P37, and the P37 Pro, which is the most interesting model of the two, having 3GB RAM, 64GB ROM and a 5000mAh battery that is hidden under a large 6.8-inches display. We already have a detailed articles on this, which you can read here, here and here.

Perhaps we may get an iTel smartphone without a 3.5mm audio jack soon, and even though that have not happened yet, the company seems to be getting their catalogue ready for it. So in addition to iTel’s IEB-81 and itw-40-series, the company also introduced the Earbuds T1 and the Earbuds X series during the event. 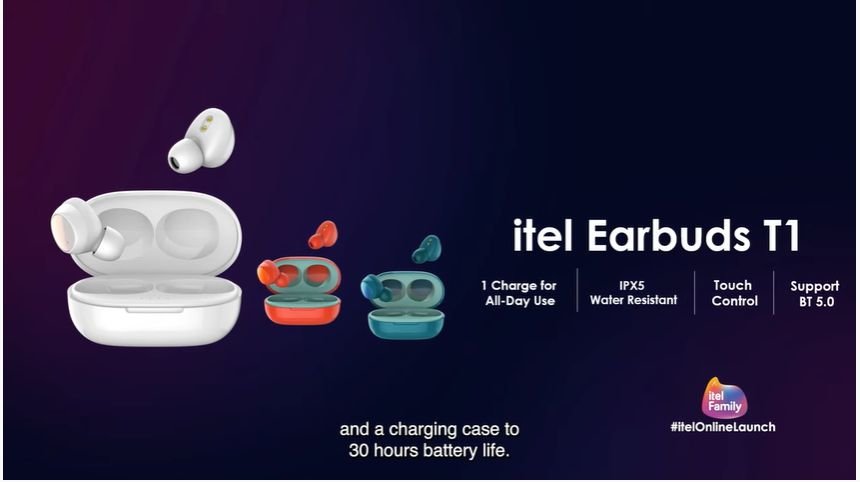 Both of these models are IPX5 certified for water and moist/sweat resistance, both have above 24-hours continuous battery usage and both are Bluetooth 5.0 enabled. But the notable difference between the two is the fact that Earbuds X comes with metal built, while the Earbuds T1 is plastic, obviously. 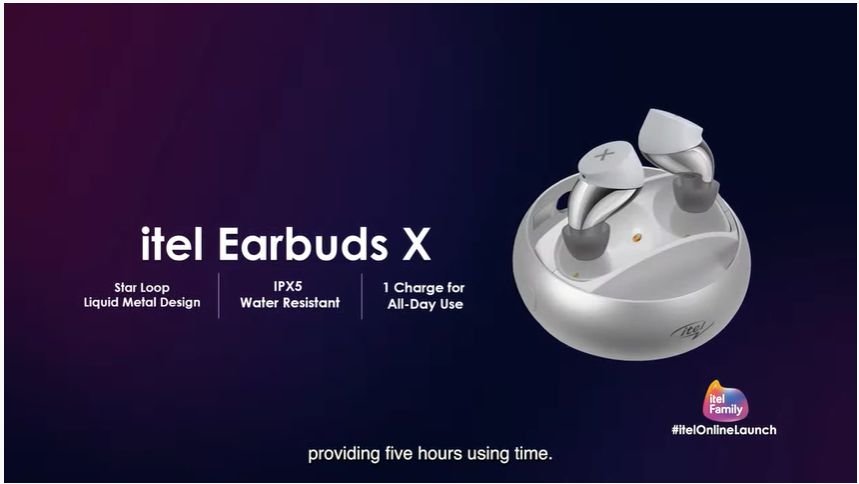 There was also the introduction of two latest smart Android TVs from iTel, modelled under the G-series. The series includes iTel G322 and the G432 smart TVs. 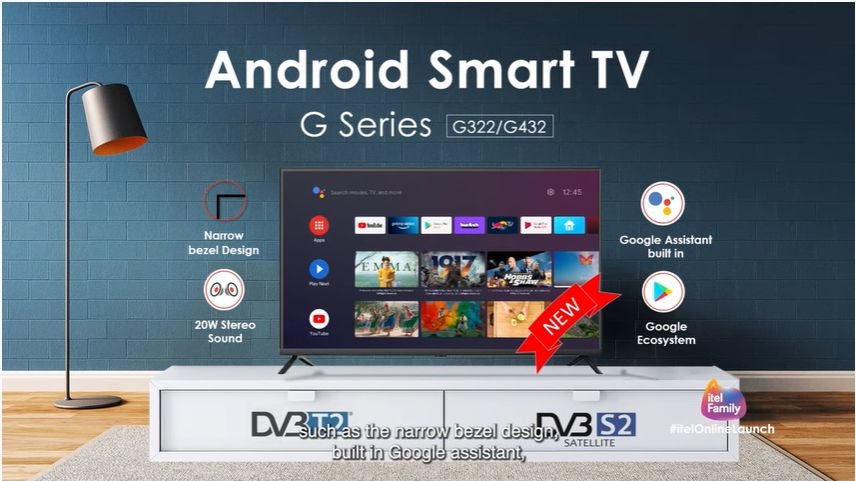 Both of these models come with Google Assistant and Google Play store built-in, and both have 20W stereo speakers.

A laptop from iTel that is “Able”

Last, but probably the most interesting device, is the first iTel’s Laptop that is “Able”. Yes, that is actually the name; iTel Laptop Able 1. 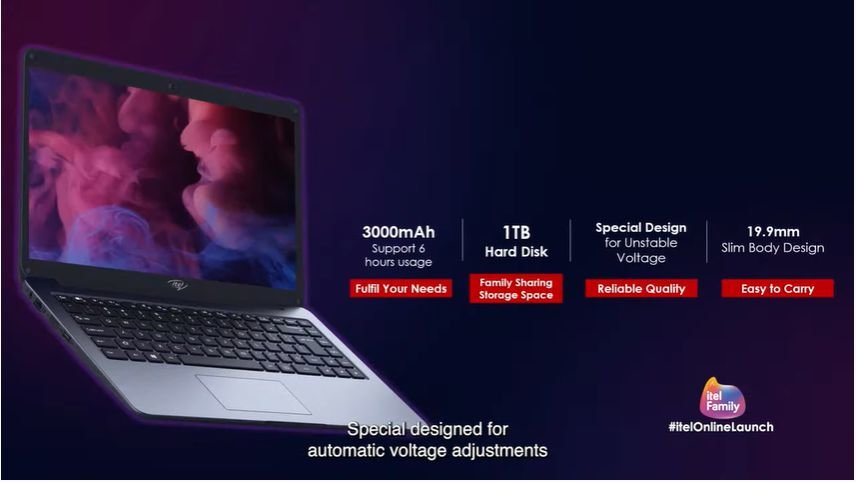 Sadly we don’t know the screen size, RAM capacity or even the CPU model that runs on the inside. But iTel said the Able 1 is able to run for about 6-hours with a single charge, thanks to the built-in 3000mAh battery. The laptop is also able to handle the entire family usage and storage needs since it has a quad-core CPU and large 1T of internal storage. 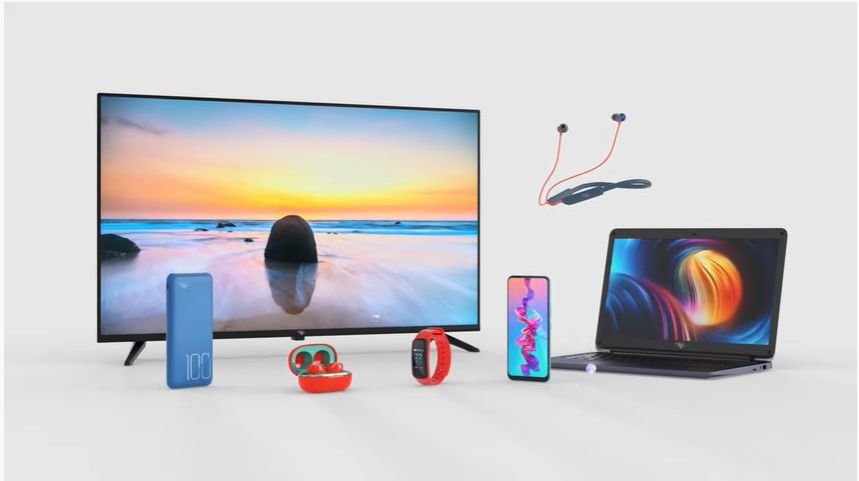 The Sad news…No price is tagged on anything!

For us, I was already looking for the price and how to get a review unit of the P37 Pro model already. But iTel pushed availability and price announcement to their social handles. This means none of the products and gadgets announced was tagged with any specific price, and so is their availability. But we should get to know more within the upcoming weeks.