Chinese company Ulefone have just announced one of their most anticipated smartphone till date, the Ulefone Armor 10 5G. The device is based on the Mediatek Dimensity 800 5G SoC, enabling the Armor 10 to run on a full fledged 5G network speed. 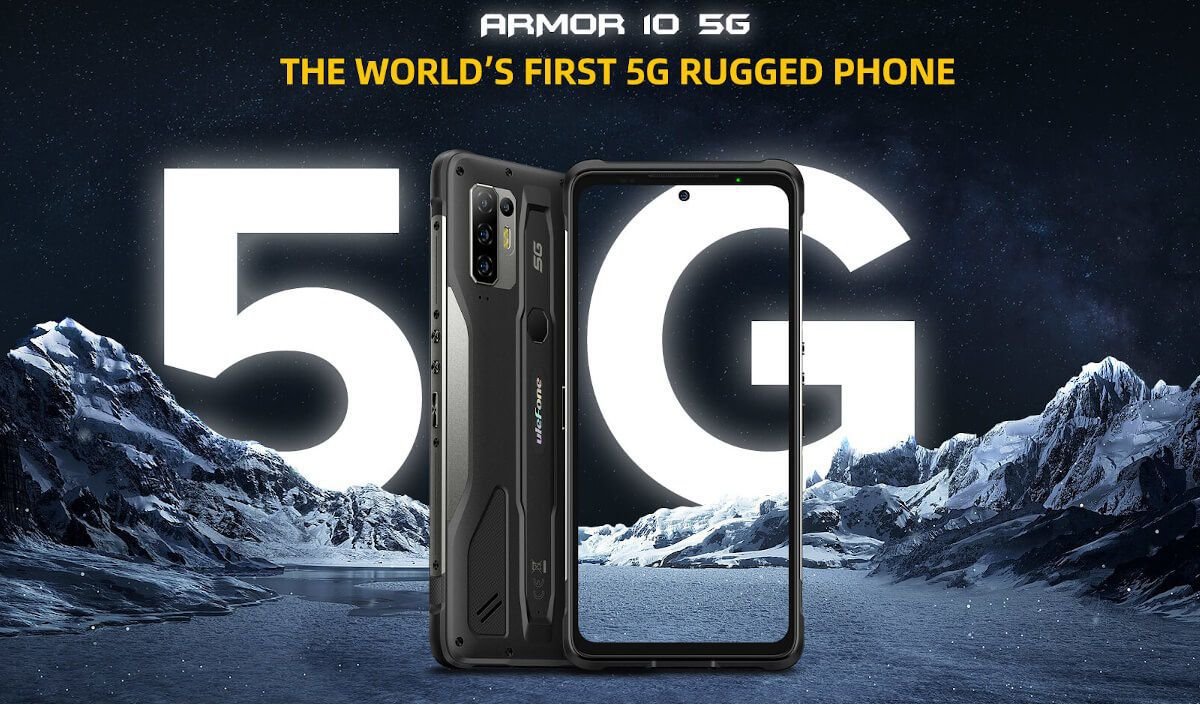 Ulefone Armor-series are rugged smartphone built for the extreme outdoor folks, and as you would expect, the Armor 10 5G is not an exception. The device is built into a 176.5 × 82.8 × 14.55 mm body, and weighs about 328 grams. The body is entirely sealed and it is IP68/IP69K and MIL-STD-810G certified, which makes the device water, shock and dust resistance.

As for the optics, the Armor 10 5G has four camera modules at the back, driven by a 64-megapixel GW1 main camera, with f/1.9 aperture, along with three other auxiliary lenses and a dual LED flash. For self snaps, there is a single 16-megapixel lens with F/2.2 aperture upfront.

All of these are housed under a large 6.67-inches display with 1080 x 2400 pixels resolution. The screen is an IPS panel, and it has 20:9 aspect ratio. Storage option is a single 8GB RAM pegged with 128GB internal storage, expandable up to 2TB.

On the inside, there is a large 5800mAh battery that supports both 15W wired and wireless fast charging, while Google Android 10 boot out of the box. 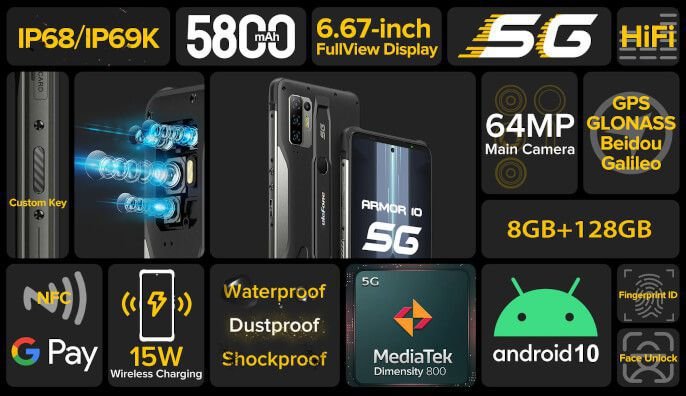 » Storage and RAM: 128GB and 8GB RAM; expandable up to 2TB via microSD 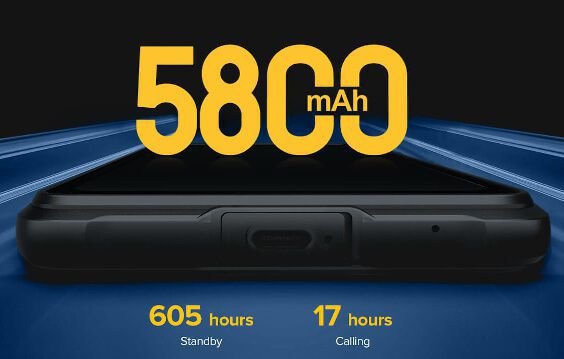 The Ulefone Armor 10 5G is available in Black only color. The pricing and arears of availability of device will be released in the upcoming month.