Blackview have just introduced a new smartphone dubbed BV8800. The model is the upgraded version to the older BV8800 Pro which was announced back in 2017. This non-pro model has about four generation better specifications than the older model. One similar specifications across the tow models though, is that both phones are built to be tough.

The new BV8800 for example is both IP68, IP69K as well as MIL-STD-810H certified. This means the device can resist both dust and water, and should only encounter minimal damages incase of accidental drops. 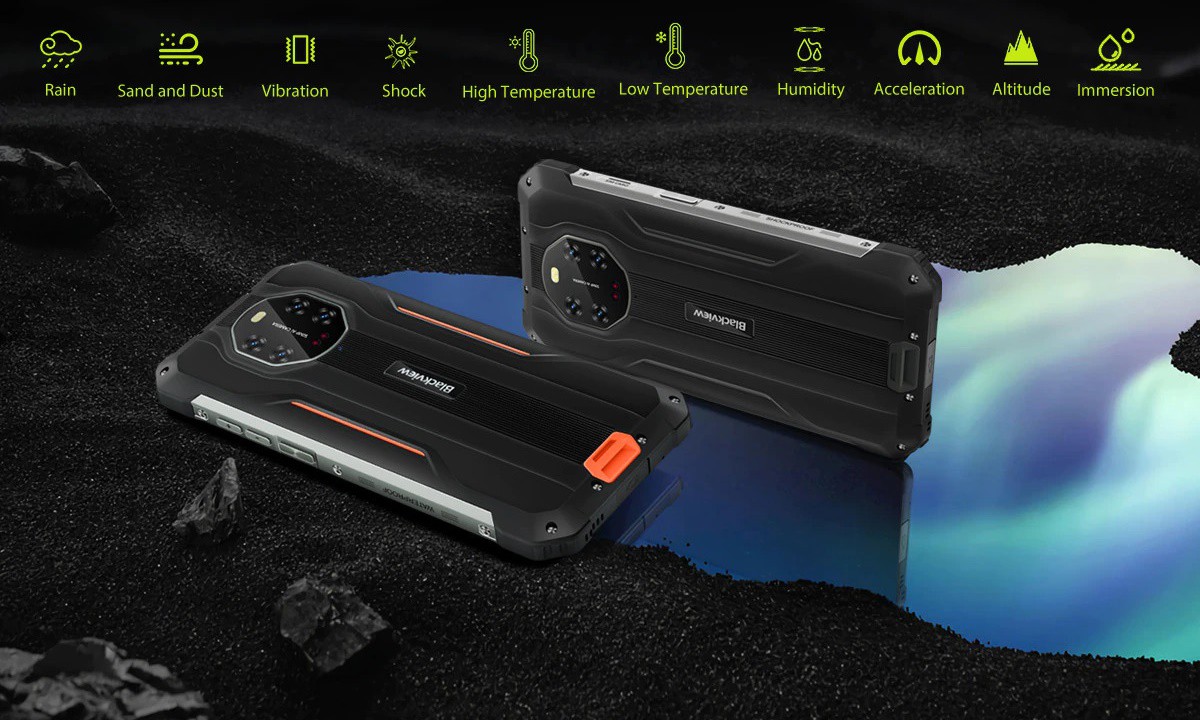 The Pro model of 2017 is powered by MediaTek Helio P25 octa-core CPU. However, this standard version runs the latest Helio G96 gaming CPU from MediaTek, along with Mali-G57 GPU, 8GB RAM and 128-Gigs of built-in storage.

On the front, the BV8800 sports a 6.58-inches Full-HD+ display, with 1080 x 2408 pixels. The display panel is IPS with a dewdrop notch on the head, and it also has 90Hz refresh. In addition to the internal specs, there is a large 8380mAh battery on the inside of the phone, and this unit gets 33W fast charger. 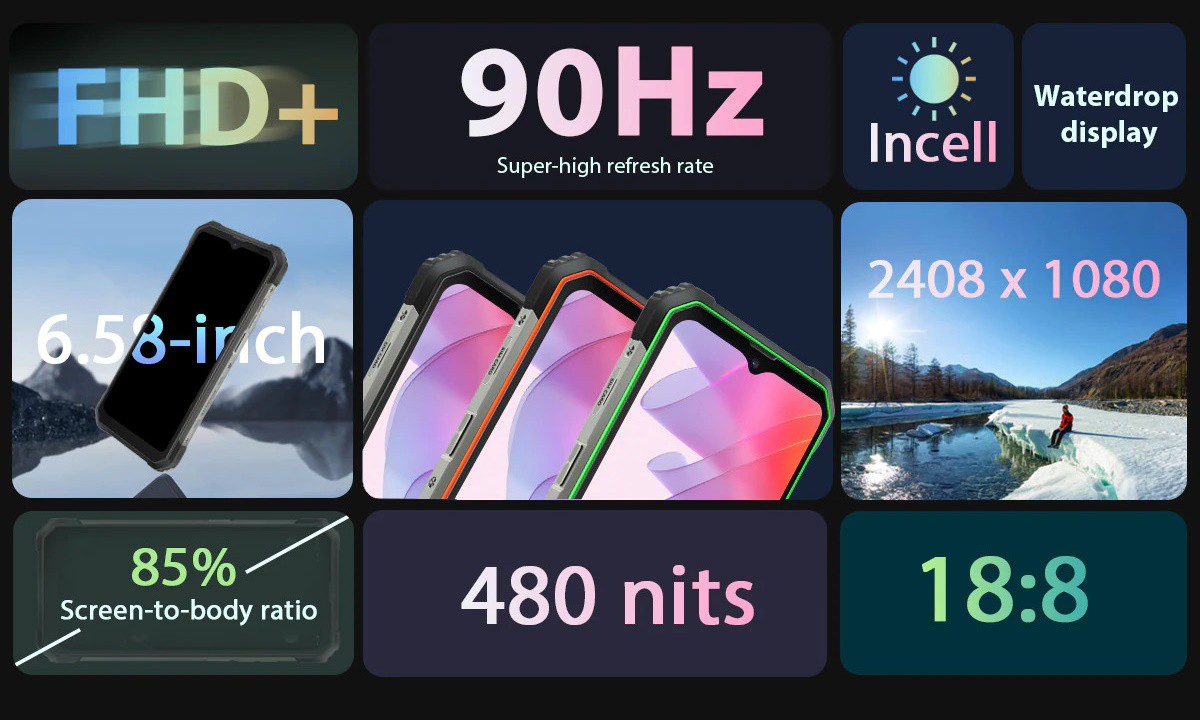 Due to the large battery, the device has a whooping 17.7 mm body, weighing a feel-able 365 grams in weight. Since the breadth of the phone is thick enough, the fingerprint scanner comfortably seats on it, and it doubles as the power button as well.

On the back of the phone, there is a set of four camera system. Of the four, the main shooter is a 50-megapixel Samsung JN1 lens with f/1.6 aperture. Additionally, there is an ultrawide lens, a 2-megapixel depth and a fourth 20-megapixel night vision camera, along with two standard LED lights, and two other ultraviolet IR lights, while a single 16-megapixel selfie cam is used on the front. 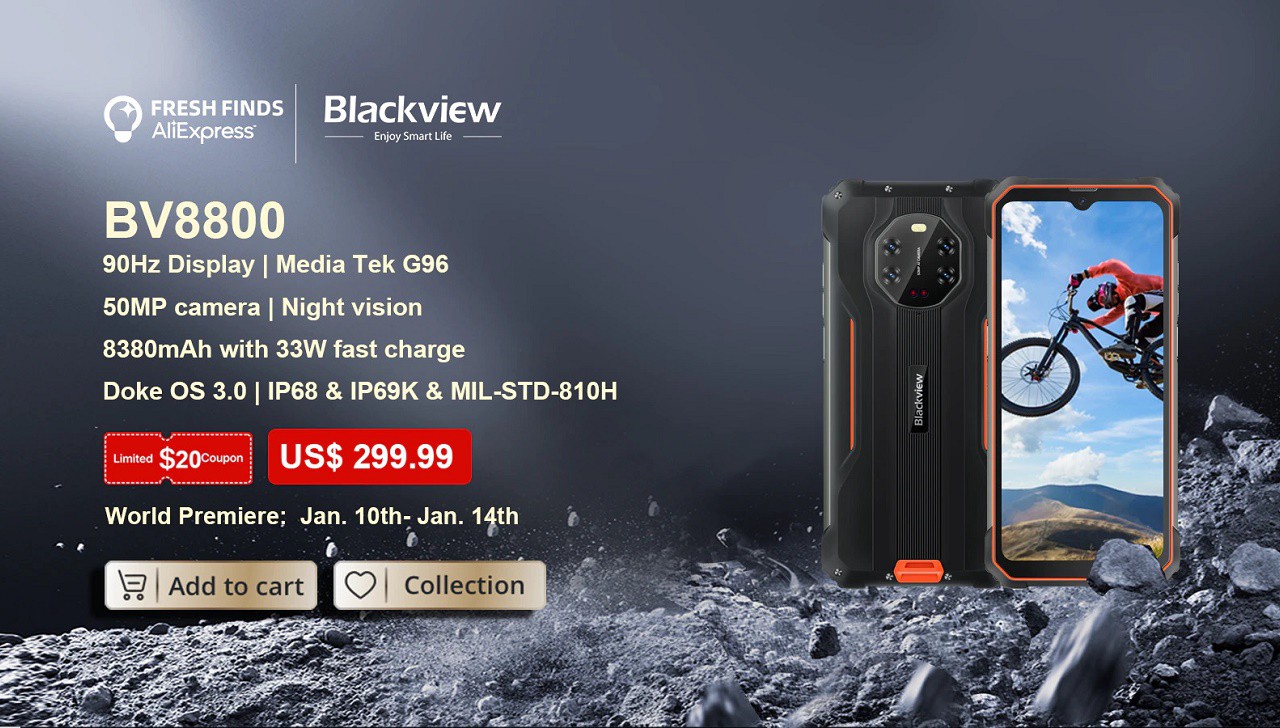 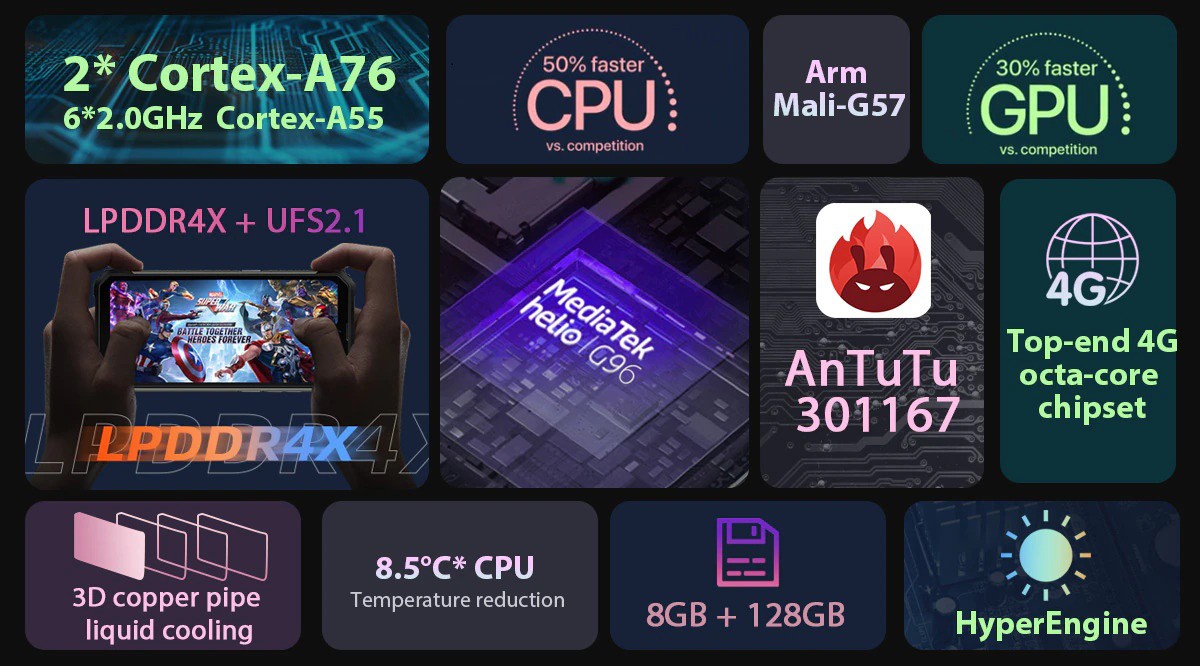 Other specification of the Blackview BV8800 includes Android 11 with Doke OS 3.0, USB Type C and Bluetooth 5.2. The phone is painted in Mecha Yellow, Navy Green and Conquest Black. It will be available from January of 2022, but Aliexpress is currently listing the device around $300.

Stephen Ekpahttps://www.droidafrica.net
Stephen is the Editor-in-Chief @DroidAfrica. His work on DroidAfrica is born out of pure passion for tech, especially as it relates to smartphones. When Steve is not writing tech, then he is reading tech.
Share
Facebook
Twitter
Pinterest
WhatsApp
Previous article
Maimang 10 5G now official in vibrant colors; has Dimensity 720 CPU
Next article
Zeeker T100 goes official with Helio G80 CPU and Infrared rangefinder