Blackview started off as a rugged phone brand nine years ago and has now already produced, besides handsets, a wide assortment of other smart products, such as laptops, earbuds, smart watches and tablets. The company has done well so far as we can see from how Tab  9 and Tab 10, which rolled out not long ago have gathered abundant praise especially in the European market.

But Blackview doesn’t stop its step there; instead, according to the company’s chief executive, it is scheduled to launch three more budget tablets called 4G Tab 11, 4G Tab 6 & Tab 6 Kids in November. And here are some leaks about the three slates.

According to the company, the Tab 11 is positioned as a new flagship tablet and is expected to be completely different from its predecessor from the inside to the outside.

On the hardware side, Blackview seems to make an effort to upgrade its tablet screen as Tab 11 is expected to sport a 10.36’’ 2K screen. Also, Tab 11 will witness the technological progress Blackview has made in battery, since it has reduced the tablet’s battery capacity to 6580mAh, while still offering the same run time as Tab 10 which is backed by 7480mAh battery.

Moreover, compared with its predecessors, Tab 11 will double its storage with a whopping 8GB RAM and 128GB internal storage due to the growing needs for a larger memory. Of course, such an excellent slate is packed with Blackview’s so far the finest processor, Unisoc T618 that could even outperform Qualcomm 660 and MediaTek P70. 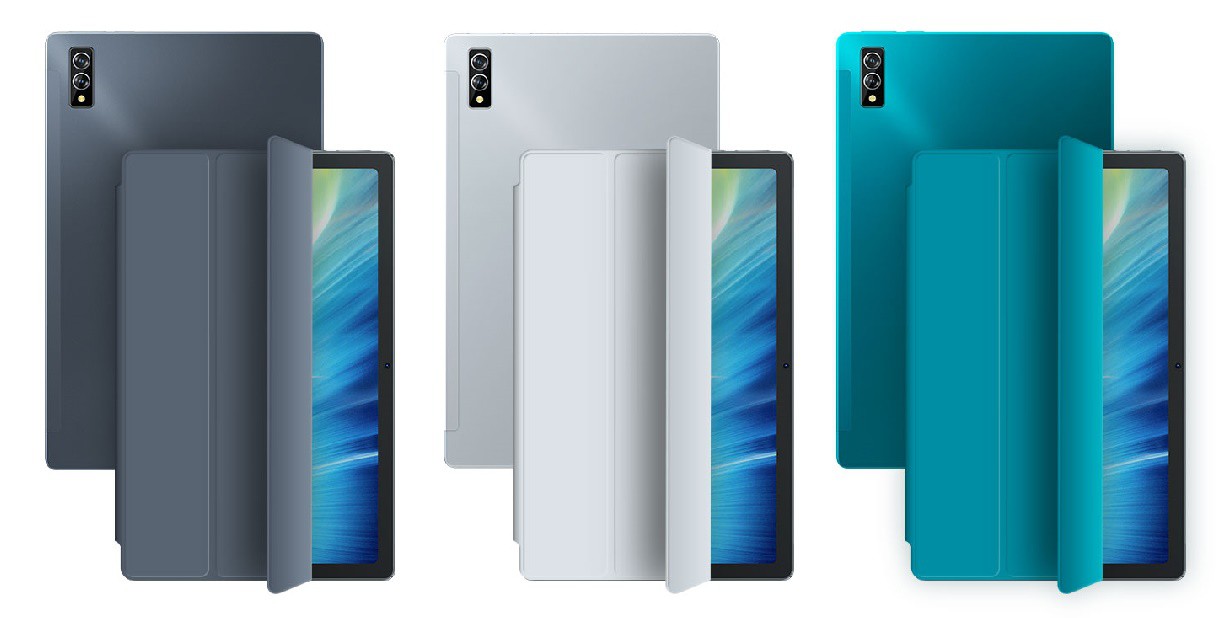 While on the software side, Tab 11 comes with Widevine L1 certification, with which users would be able to stream 1080p or higher definition TV dramas, reality shows, Disney movies on apps like Youtube, Netflix, Disney+ and more for cinematic viewing comfort on the palms. Besides, Blackview will upgrade the system in Tab 11 to Doke OS_P 2.0 based on Android 11, offering abundant household Doke apps seen in previous Blackview phones but there is one newcomer, the Notes, which allows users to take notes in audio or image form. Doke OS_P 2.0 also offers split view support for easier multi-tasks.

To make innovation in the tablet’s appearance, Blackview offers Tab 11 in three colors, of which the Teal Green is the most attractive one. Users will also see changes on the tablet’s contour which features straight edges that makes Tab 11 bear more resemblance to iPad Pro. Although there are pictures about how Tab 11 will look like, it is still exciting to see the slate with naked eyes.

Based on the Strategy of Product Differentiation and increasing needs for a portable tablet, Blackview is going to launch two 4G 8-inch tablets called Tab 6 and Tab 6 Kids to meet the demand of people such as workplace newcomers, students or kids who are in the need of a compact slate that can fit in their small handbags, school bags or small hands. But apart from smaller screens, what else do they have?

It’s learned from industry leakes that both  Tab 6 and Tab 6 Kids share the same specifications such as a 8-inch display, a 5580mAh battery, a T310 processor and Doke OS_P 2.0. However there are still quite a lot of differences between the two. 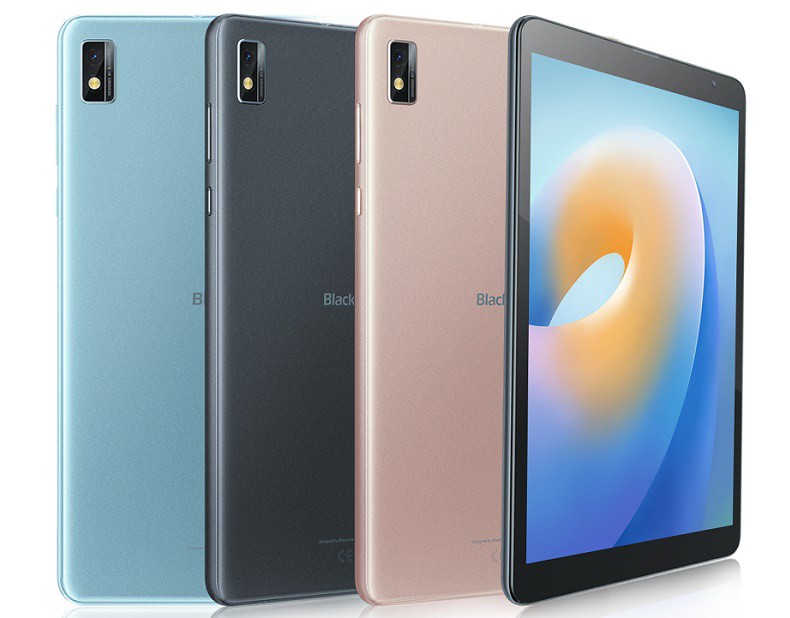 The Blackview says Tab 6 is a suitable alternative to cell phones as, like the latter, it allows users to make calls anywhere with dual 4G support. The company also claims the tablet is a better substitute for the Kindle. Because, different from most Kindles that are packed with a 6-inch screen and 8GB storage,

Tab 6 carries 8-inch display and 3GB RAM,  32 internal storage and 128 expandable storage. But what is alike is that Tab 6, too, supports Ebook Mode, offering the same reading pleasure like Kindle does. For ebook lovers and students, this could be good news as they can store and read thousands of books, and look up information on the internet with a bigger screen and more storage than Kindle.

In terms of software update, Tab 6 will come with the Notes. The app enables students to type out or record what teachers said in class or take a picture of what they write on the blackboard. Unlike writing notes on a notebook, the Notes allows students to put their different notes in one page or move them apart without having to rewrite; and notes in audio and image forms are definitely more likely to make students have vivid memory of the knowledge learned in class, 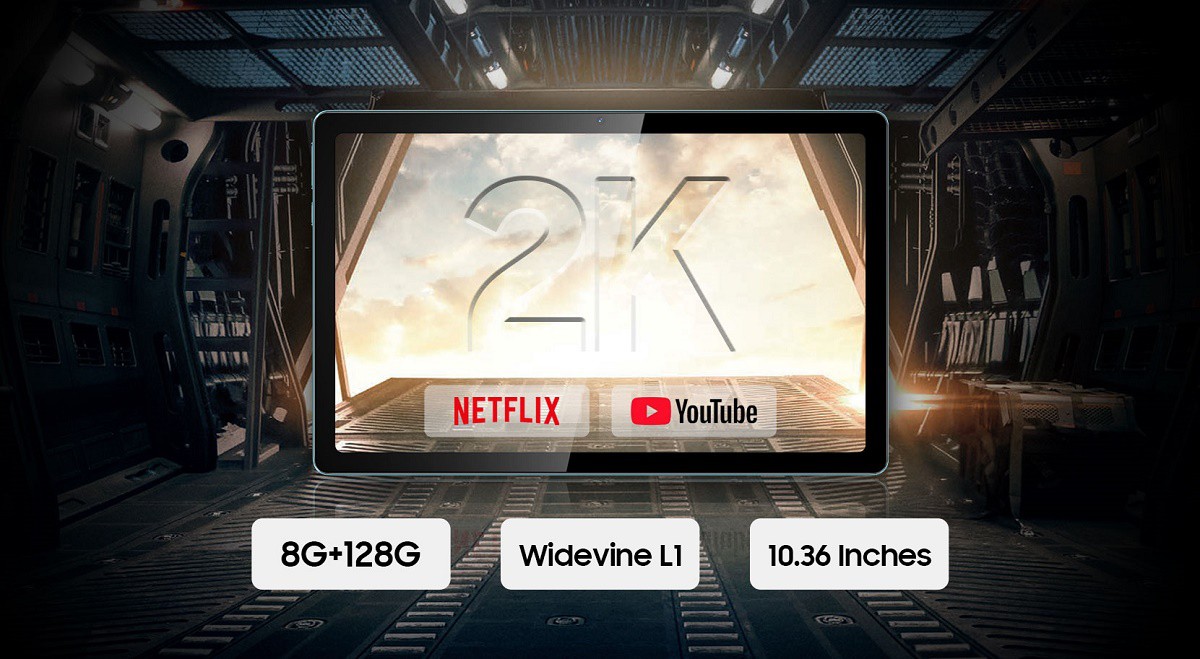 While Tab 6 Kids has a totally different positioning. It will be Blackview’s first foray into the children’s tablet. It is said to be a reliable companion to keep children safe. Tab 6 Kids, with 5580 and dual SIM card support, let children keep in touch with their parents anytime and anywhere. Moreover, 4-in-1 navigation, including GPS, BDS, Glonass and Galileo, helps children find their way home wherever they are. With the help of two classy BOX speakers that transmit sound clearly, children do not need to wear headphones while using the tablet so that they can avoid damage to hearing.

As a tablet targeted at children, Tab 6 Kids arrives with an exclusive app called iKids. Apart from various educational and entertaining children apps, iKids also provides parental control over what children will do with and how much time they will spend on the tablet. But that’s not all, Tab 6 Kids also ships with features such as children themes, reading mode, split view support and more.

As for accessories, Tab 6 kids will be paired with an anti-drop case made from EVA, which can probably help avoid breakage no matter how kids accidentally drop the tablet. The case has two colour variants which are Donut Blue and Pudding Pink, whereas Tab 6 will only come with a standard case. 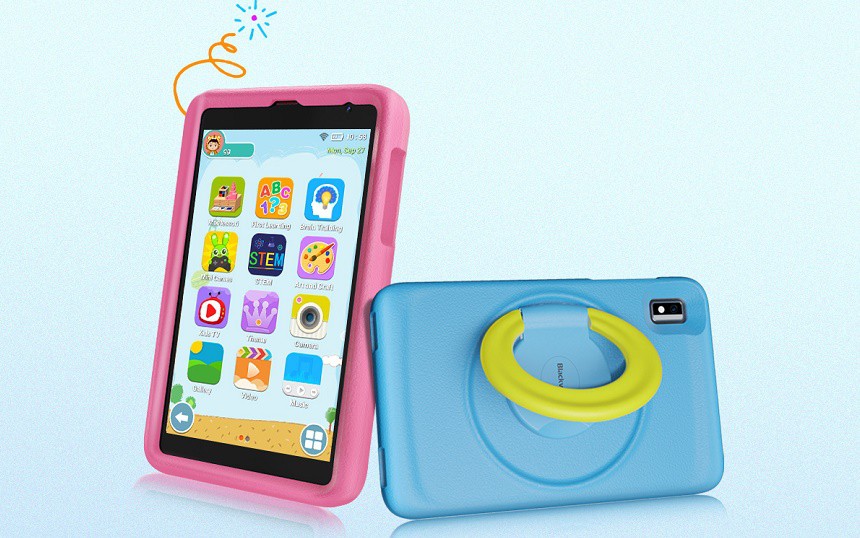 The Tab 6 series’ colours are given cute food names. For example, Tab 6 comes in three colours, which are Truffle Gray, Macaron Blue and Peach Gold, while the Kids version only has Truffle Gray.

Lastly, Tab 11 is likely to go official on November 11th when Blackview will offer substantial discounts, while the Tab 6 on November 15th, 2021. What is unknown yet is the prices, but since the company has always stuck to budget tablets, chances are that Tab 11 and Tab 6 will be rather affordable and competitive.

Stephen Ekpahttps://www.droidafrica.net
Stephen is the Editor-in-Chief @DroidAfrica. His work on DroidAfrica is born out of pure passion for tech, especially as it relates to smartphones. When Steve is not writing tech, then he is reading tech.
Share
Facebook
Twitter
Pinterest
WhatsApp
Previous article
Lenovo Xiaoxin Pad Pro Specs leaked before tomorrow’s Launch
Next article
Tecno POP 5P now available for sale in Africa