The aim of this new operating system from Apple is to offer Universal Control and AirPlay to MacBooks in order to give users a unified experience. This universal control further allows users to carry out multi-tasking operations between the MacBook and an iPad seamlessly by using a single mouse and keyboard. In addition, these universal controls also give users the privilege to work with pencils while drawing and sketching on their iPad. 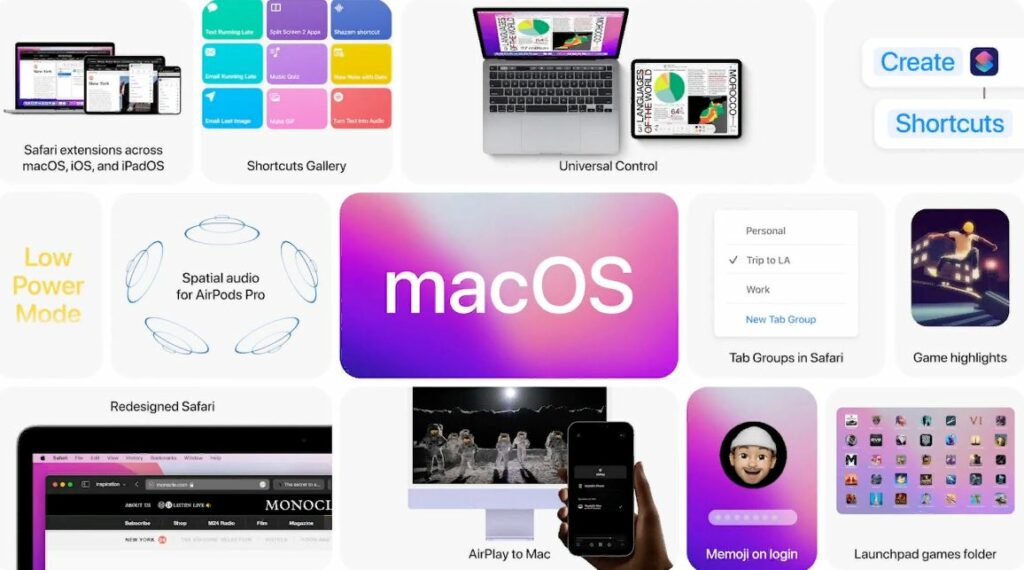 AirPlay feature that was added to the MacBook via the macOS Monterey is used to wirelessly play, present, and share content from your iPhone or iPad to your MacBook. In addition, this new operating system has similar shortcuts similar to the last year’s iOS 14 and iPadOS 14. There is also an avenue whereby users get the opportunity to customize shortcuts based on their requirements or style.

Your content is really based on the latest update. Good work!!