by Stephen Ekpa
in Review
0
Share on FacebookShare on TwitterWhatsApp

Samsung is a well known premium smartphone maker in the mobile ecosystem. The company has one of the most expensive smartphone in the industry currently, talking about the Samsung Galaxy Z Fold2, retailing around $1,900 USD. But that does not mean the company does not have a footprint in the entry-level smartphone market. The most recent cheapest smartphone from the company is the Galaxy A3 Core, which is the subject of discussion in this review post. 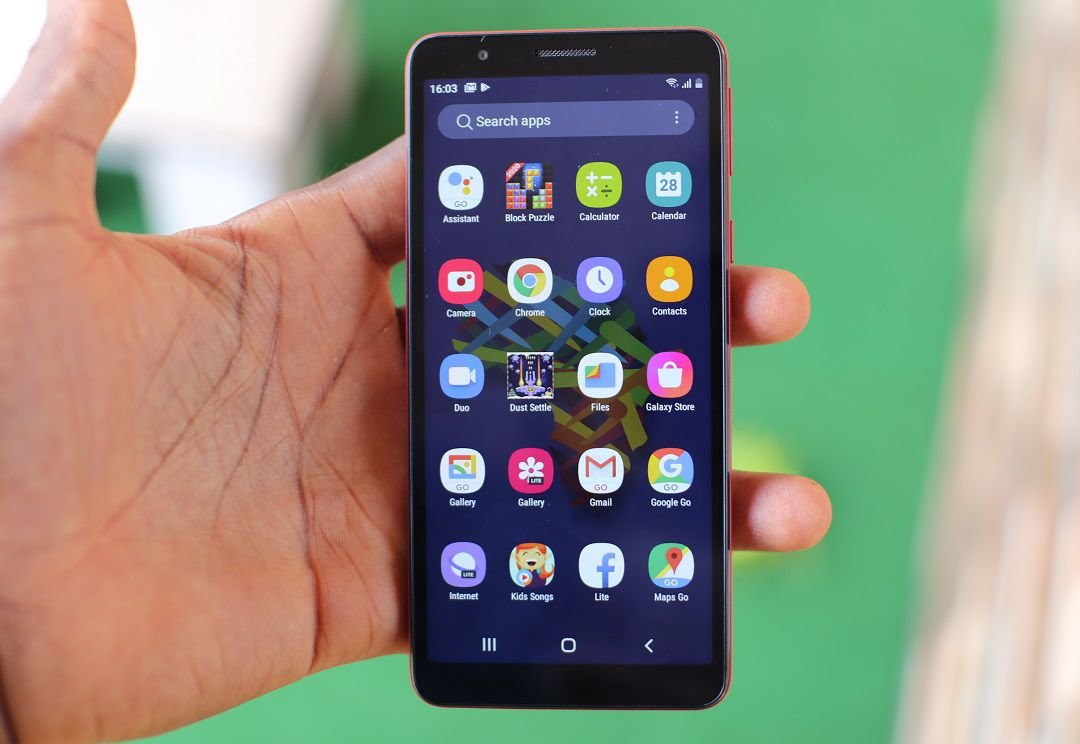 The Samsung Galaxy A3 core comes in a 5.3-inches display, runs Android 10 and priced around $82 USD; about 32,000 Naira in Nigeria. The full specifications and features you are getting at this price includes: 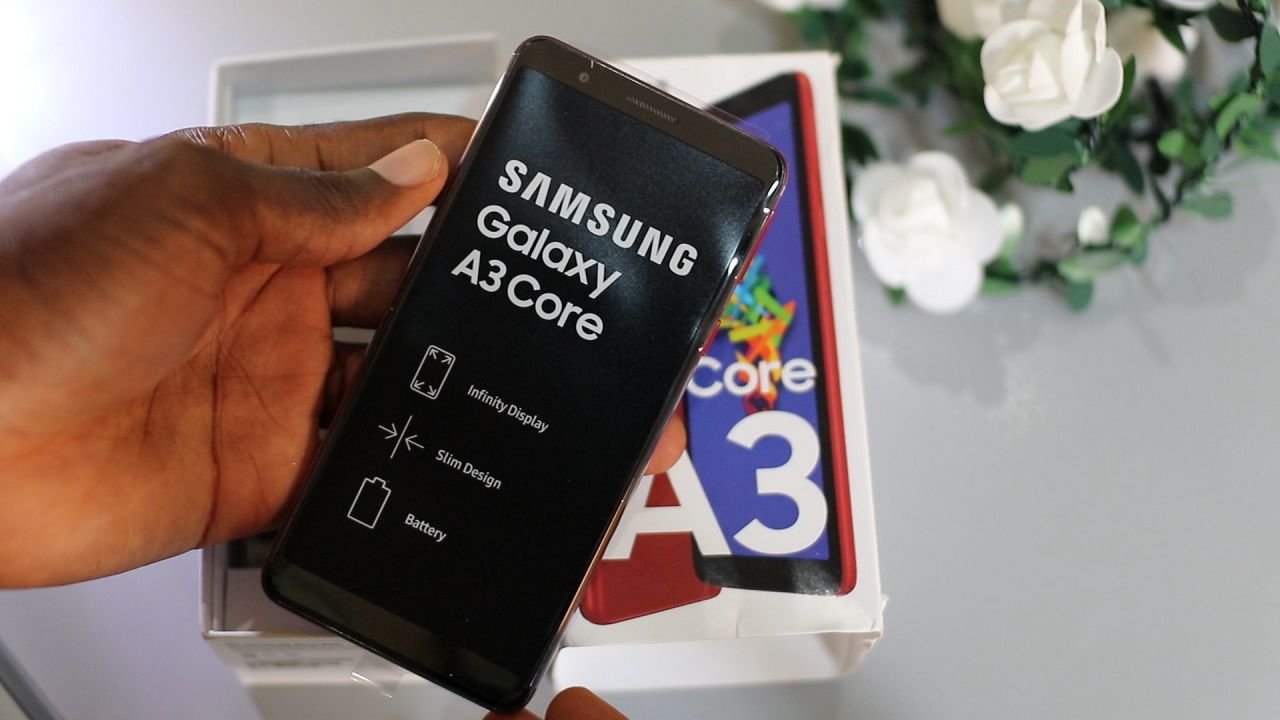 The Galaxy A3 Core is housed in a very cheap and very fragile paper box. Inside the box, there is;

Sadly, no pre-applied or post-applied screen guard, and no TPU case, and yes, again, the packaging is very fragile, and easily squeezable.

I have had the Galaxy A3 Core for over 3-weeks, and have used the device as a secondary, or should I say tertiary smartphone within these periods, and even though the A3 Core may not be your traditionally fast Android powerhouse, it did serve me greatly in the class within which I have used it, of course, As a tertiary smartphone! 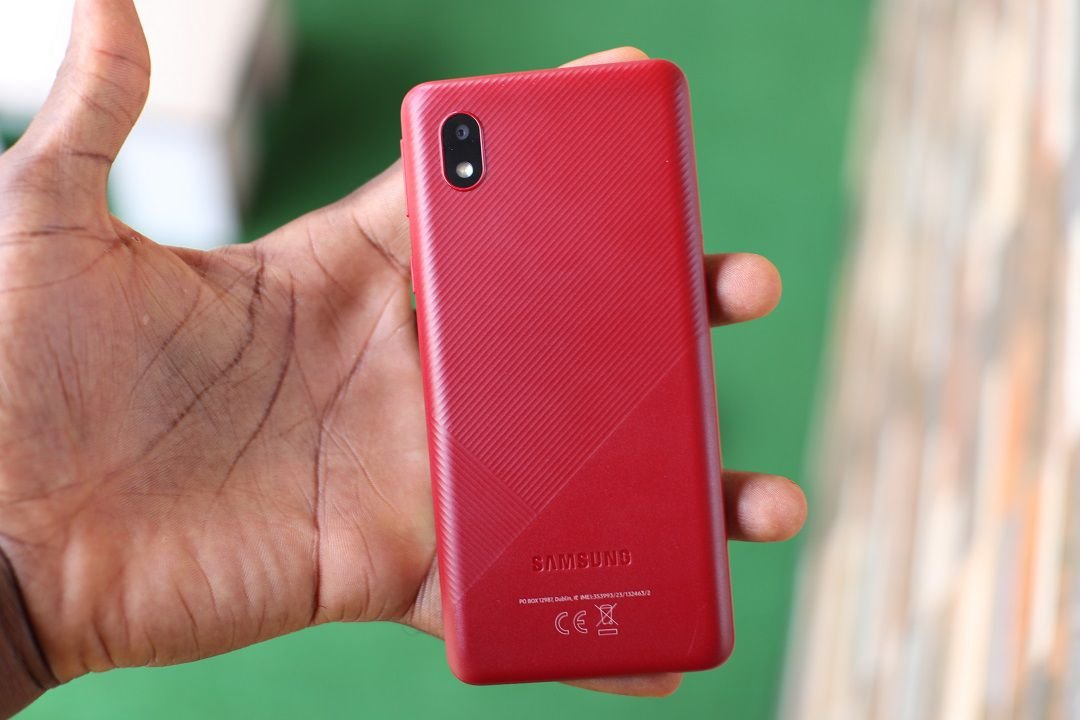 The Galaxy A3 comes in a plastic body, with a traditional form factor. It has it power button and volume rockers kept to the right hand side of the device, a dual Nano-SIM with a dedicated micro-SD slot on the left hand side, while a 3.5mm audio jack, mic receiver, micro USB 2.0 port and the loud speaker opening kept at the basement, leaving the top bare.

The entire front is glass, just like the entire back is plastic. The edges are curved into the plastic back panel, making the device very comfortable to hold. When you fully arrive at the strip-patterned rear panel, you’ll notice the single main camera with a single LED flash to the top left corner, while Samsung branding occupies the rest of the back. 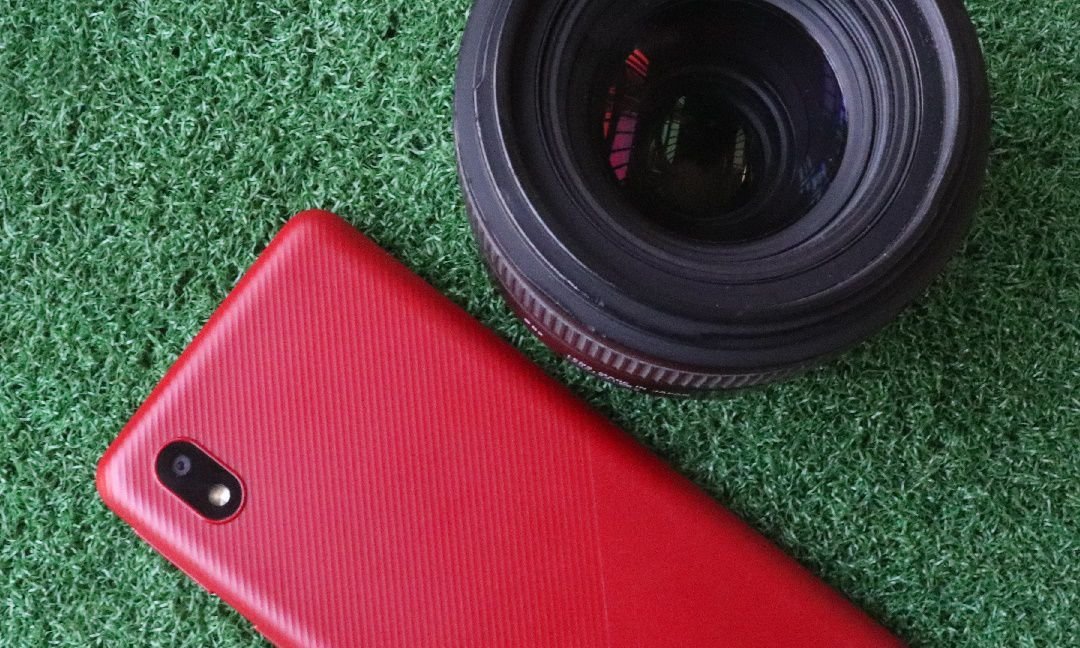 Samsung claims that the rear snapper is an 8-megapixel sensor, while the sensor at the front is said to be 5-megapixel. I just wonder what kind of camera sensors Samsung is using on this device, because real life image quality does not agree with their claim. To be fair, I’d say the rear and front sensors are mere interpolated 5 and 2 megapixels respectively.

On the bright side, both the rear and front camera can record video in 720 & 1080p resolutions, but even at that I won’t count on the Galaxy A3 core for any major camera need.

As for the display, the A3 core’s 5.3-inches display has an impressive 720 x 1480 pixels, which when spread across the display size results to a fairly high 311 pixels per inch. The screen itself is a PLS TFT panel, which is Samsung’s version of IPS.

Text and icons on the screen are sharp, even when held up to a minimum viewing distance. To add to that, the display has an outdoor mode, which when turned on, pushes the brightness beyond standard maximum to allow for more comfortable use under direct sunlight.

Talking about the specs on the inside, the Galaxy a3 core comes with a quad-core Mediatek MT6739 CPU clocked at 1.5GHz, along with PowerVR GE8100 GPU, 1GB RAM and 16GB internal storage. This CPU is already three years old, and personally, I would have preferred Helio A20-series for better performance sake, but on a bright side, the CPU still offers 4G LTE network, and it is well optimized as well, thanks to the presence of Android 10 (GO Edition).

Even though the device has just 1GB RAM, it still run fairly smooth so long as you don’t wonder too far from the bundled Go and Go related apps. You will notice the wait of Google chrome browser on the CPU the moment you start browsing heavy websites, which was why I downloaded Opera mini almost immediately for better and faster browsing, and I think everyone that own this phone should do the same too.

As far as OS is concern, there are three things I like about the A3 Core; first it comes with parental control features, which makes the device most suitable for Children. All you need do is go to setting, and there you determine who the device is meant for under Digital Wellbeing and Parental Controls.

Secondly, the OS support OTA, and even though I’m not sure if it will eventually bring in Android 11 update, it still does supply security patch and optimization updates; at least, I have updated once.

And thirdly; power optimization features of the OS as it can automatically turn off some background networks such as Bluetooth, GPS and Hotspot, when there are not in use, which helps to save the device battery juice.

Talking about battery, The A3 core comes with 3000mAh battery. I was not expecting marathon performance from this number, but thankfully the device didn’t shutdown on me unexpectedly. To be sincere, the battery even last more than my expectation. 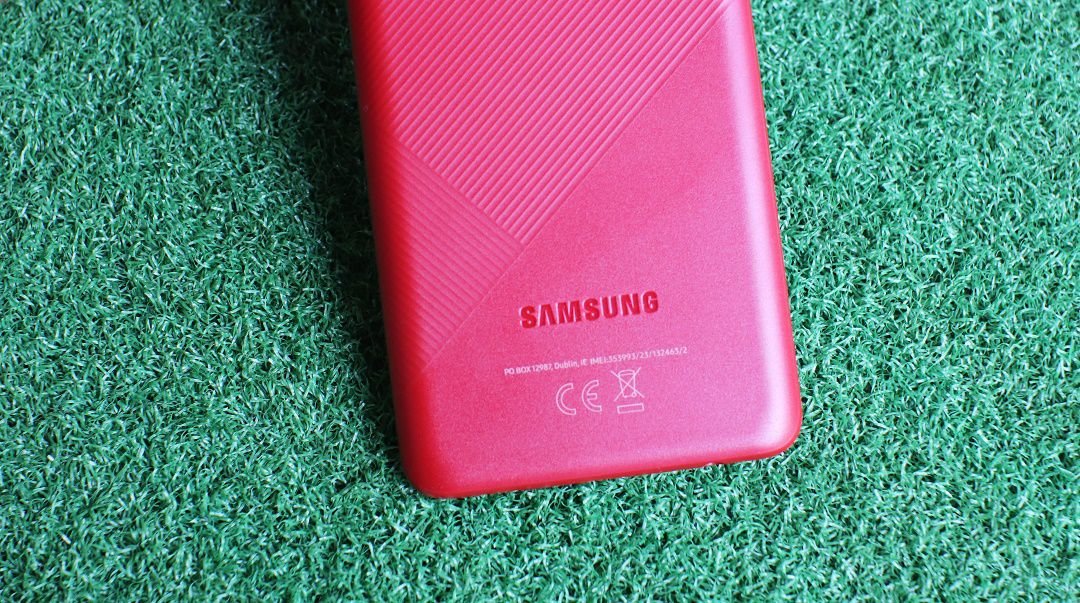 I use the device majorly for playing music, answering calls and receiving mails, and most at times, when I’d check with intention to refill the battery power, I’ll end up not charging it because there is still a notable level of juice remaining. And you can even squeeze few more hours of use at 15%, thanks to the built-in aggressive power saving mode. But I wish Samsung had includes 2A or even a 1.2A charger to aid quicker charging, instead of the bundled 0.7A charger. 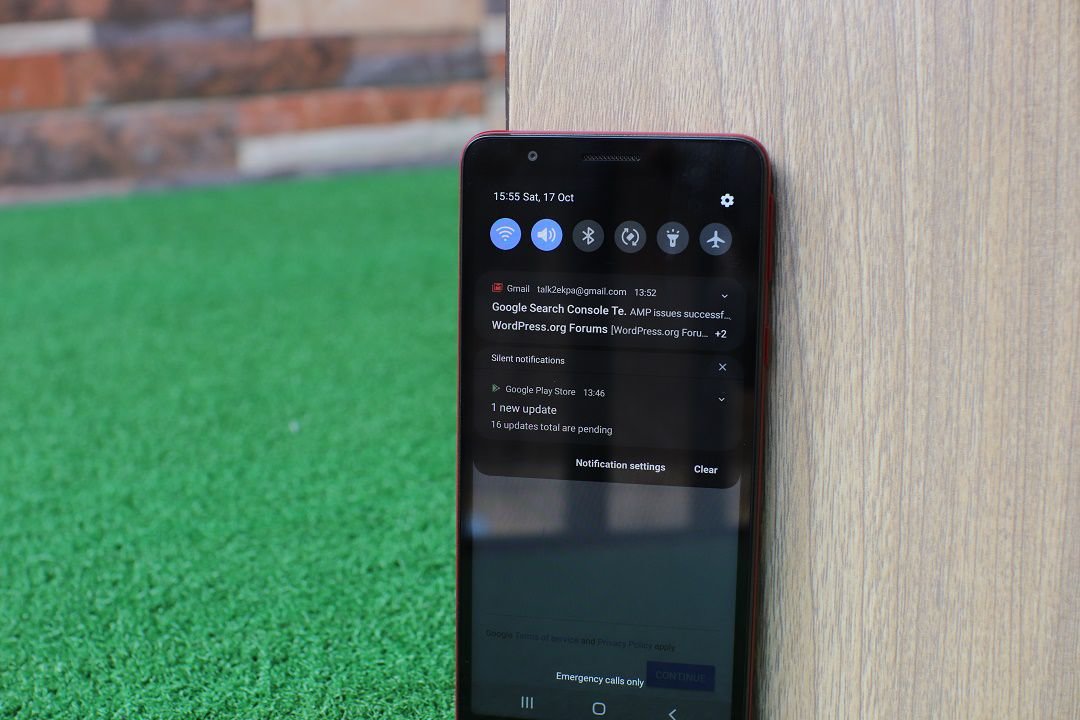 Now who is this device meant for, I think the Galaxy A3 Core will be right for you if you are getting it as a portable secondary smartphone, as a school smartphone for your children or for those starting out with smartphone.

I think that is pretty much all you need to know about the Samsung Galaxy A3 core. Some of the best alternatives to the A3 Core includes Oukitel C15 Pro, Nokia C2, Cubot Note 7, Infinix Smart 5 4G and Tecno Pop 4 Pro all of which has 4G LTE networks.

The Galaxy A3 Core will be right for you if you are getting it as a portable secondary smartphone, as a school smartphone for your children or for those starting out with smartphone. 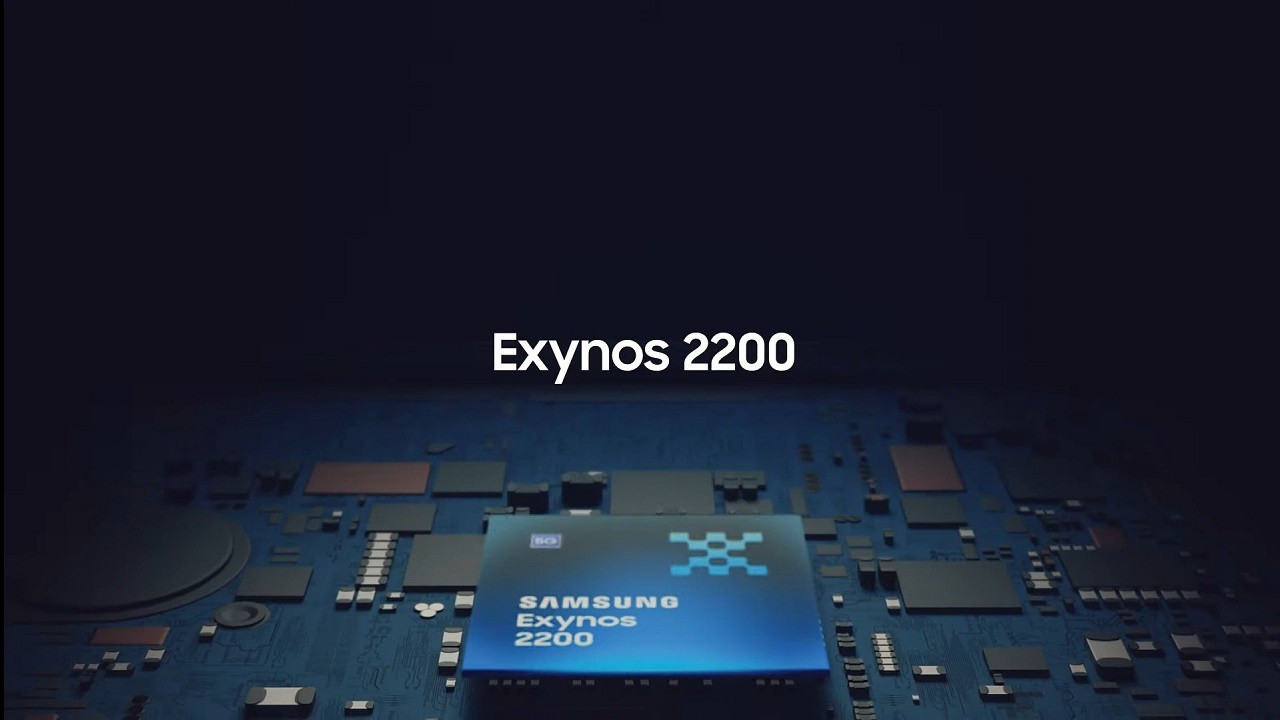 After many rumors and teasers, Samsung has officially announced her flagship Exynos 22200 CPU. The SoC takes it processing power... 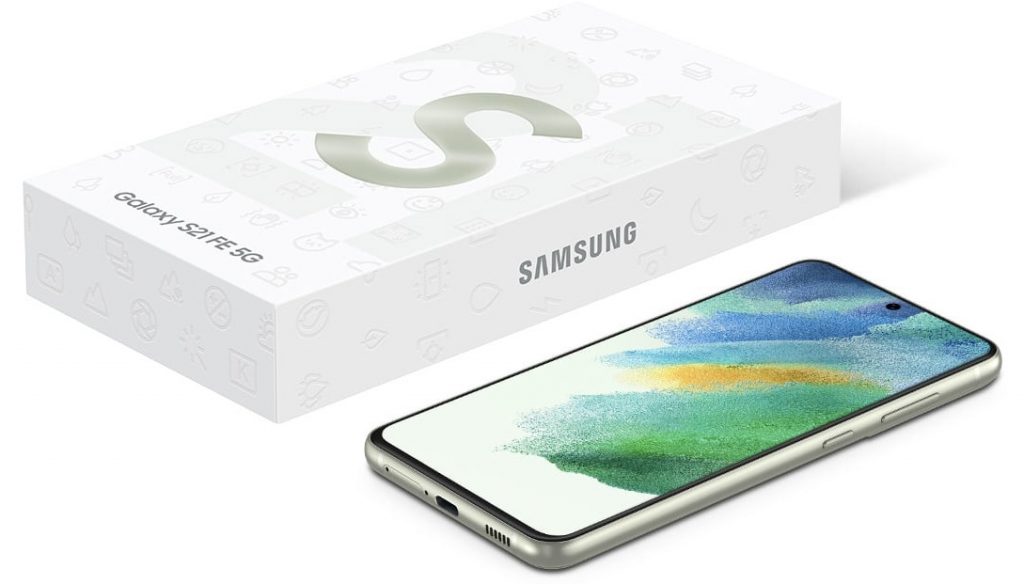 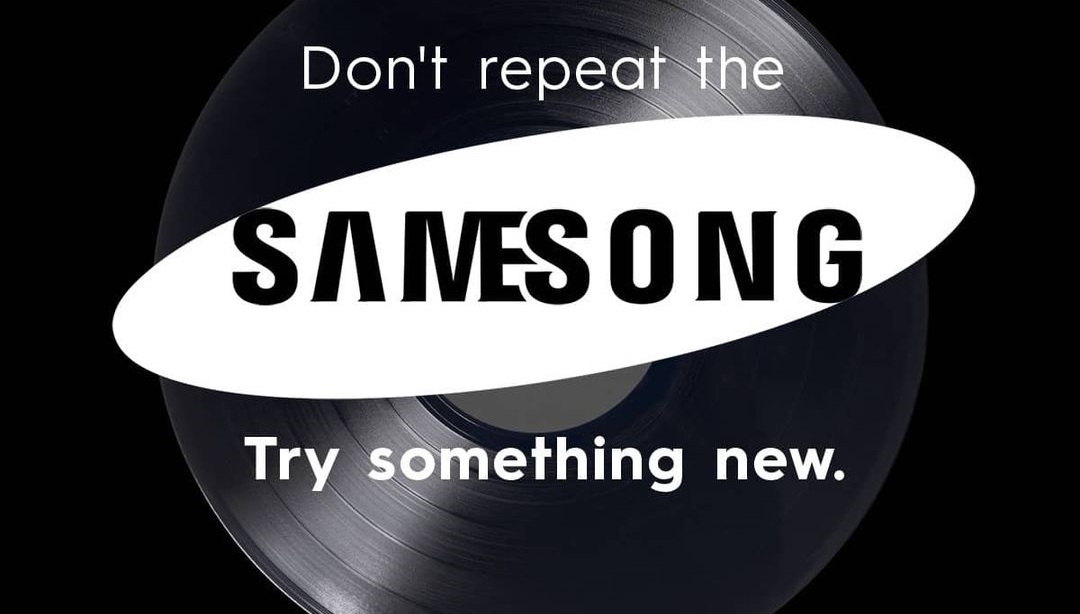 Once in a while, we do see hilarious adverts and promos from different OEMs. Tecno for example began a series...