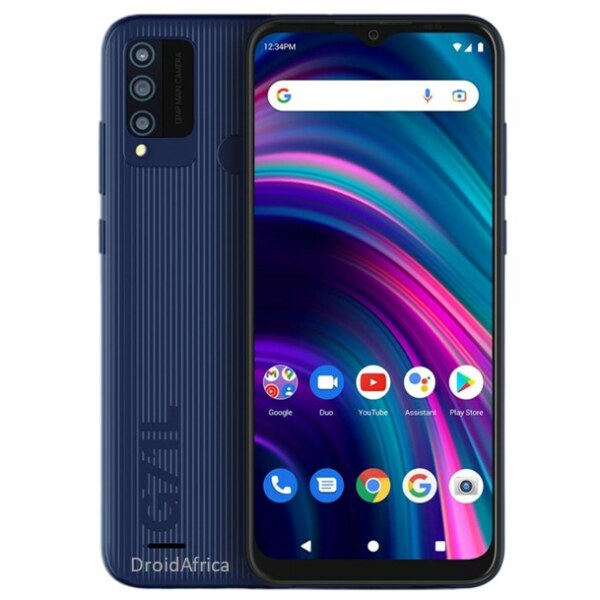 This is BLU G71L, another affordable 4G smartphone under the companies G71-series. It has almost the same specifications with the G71+ announced last week, except that it has smaller CPU, and the screen has a dewdrop notch, instead of the Dot-notch on the Plus model.

The Blu G71L comes in a 6.5-inches screen with 720 x 1600 pixels. The screen is IPS, with a dewdrop notch on the head, housing the selfie camera. The model is powered by UNISOC SC9863 CPU, and come with 128-Gigs of built-in memory, along with 4-Gigabytes of RAM.

The phone has three Ai camera lenses on the rear. These includes a 13-megapixel main shooter, along with two other macro and depth auxiliary sensors. There is also an LED flash on the rear, while the selfie shooter on the front, is an 8-megapixel lens.

The device comes with hybrid SIM slot, and provide support for 4G VoLTE network. There’s Bluetooth 4.2, USB Type-C and a 5000mAh battery on the inside, while Google Android 11 run out of the box. The table below contains the full specs of BLU G71L.