Cheaper Galaxy A02 arrives in Nigeria and other African countries

Samsung has officially introduced the Galaxy A02 smartphone in Nigeria and few other African countries. The device is the smaller version of the Galaxy A02s, and as such, comes with a cheaper price tag. Even though same PLS display with 6.5-inches dewdrop screen is used on both phone, the A02 is only given a quad-core CPU, while the A02s is based on the an octa-core CPU from Qualcomm. 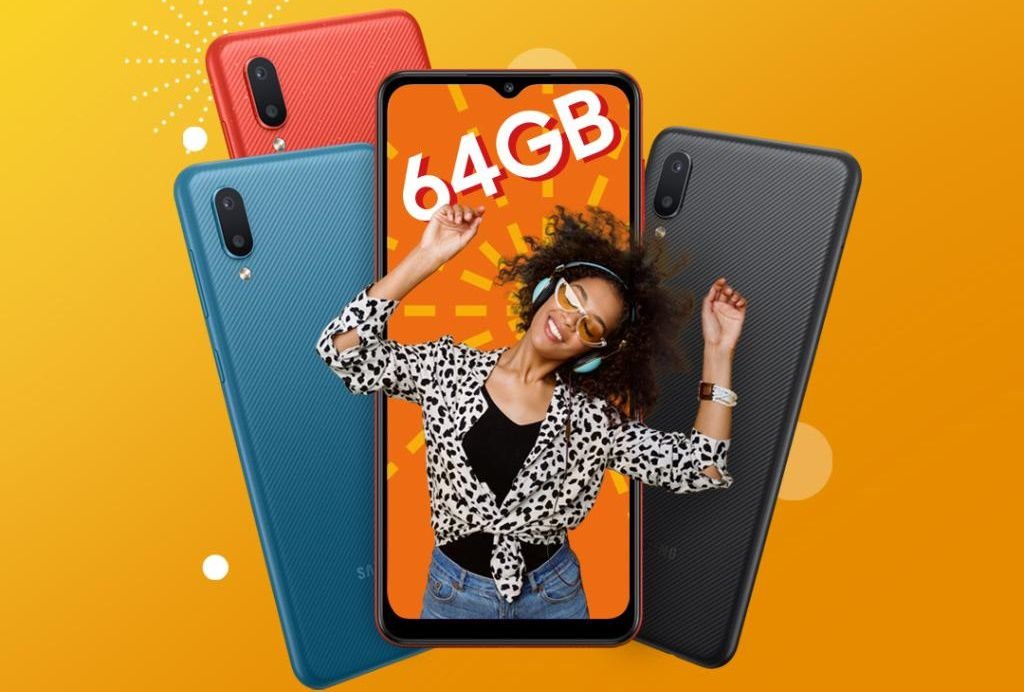 Camera specs includes a dual 8MP primary and 0.3MP depth lens along with an LED flash, while a single 8MP selfie is used in the notch upfront. Battery power comes from a 5000mAh juice with 7.75W charger, while Google Android 10 is available out of the box. 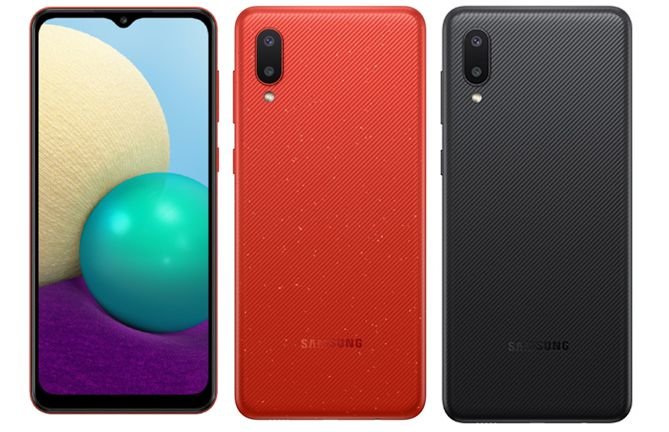 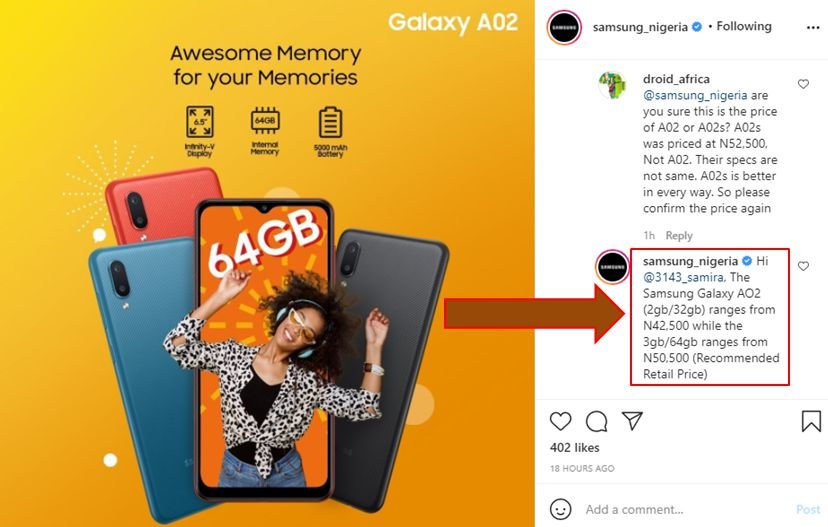 Galaxy A02 pricing in Nigeria

The Galaxy A02 comes in Denim Black, Denim Blue, Denim Red and Denim Gray colors with a spiral-patterned back panel. The device is now available in Nigeria and few other African countries. In Nigeria for example, the phone is priced at N42,500 and N50,500 for the 2GB RAM + 32GB ROM and 3GB RAM with 64GB ROM respectively.