Infinixs’ sister company, Tecno Mobile, announced her first 5G-enabled smartphone few weeks ago. Now, the table is now turned to Infinix, and as it seems, the company’s first 5G phone might have just gone through FCC certification. Thanks to the certification documents, we now know what the upcoming device will look like, at least from it rear.

As per the documentations, the upcoming Infinix 5G smartphone will be modelled X6815B, and will sport three camera lenses on the rear. The device has an inscription within the camera modules, pointing to a 48-megapixel main lens. 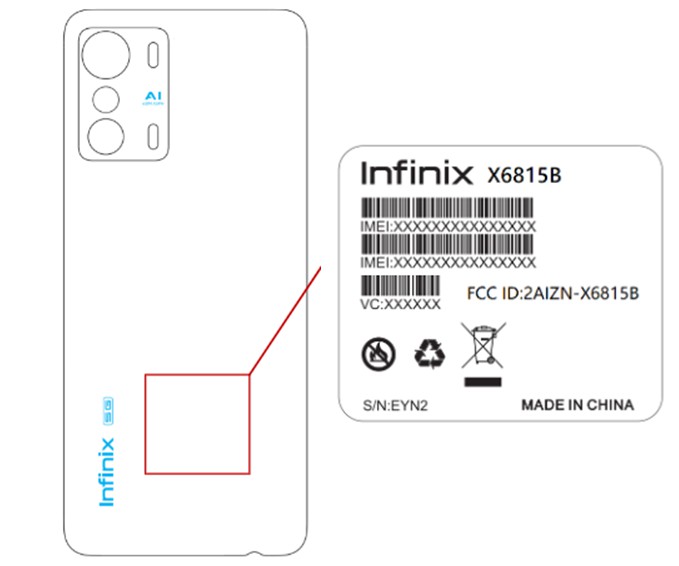 Based on previous rumors, the first 5G smartphone from Infinix is supposed to come under the Zero-series. The sketch above shows an inscriptions at the lower back part of the phone, but it is not clear either the device itself will be Infinix Zero 5G, or just Infinix 5G. It will be powered by a 5000mAh battery with up to 33W fast charger.

Another obvious revelation from the sketch is the presence of a 3.5 millimeter audio jack, a feature which have disappeared on most flagship phones. Also, the rear of the phone is slightly different from what have saturated the web as Zero 5G, especially on the camera design.

Thankfully, the upcoming 5G smartphone from Infinix will not be a copy of OPPO Find X3 Pro. Although, all we have in here is still a mere sketch of the device, but it seems those extra protruded curvature on the Find X 3 will not be imitated on the upcoming Infinix (Zero?) 5G.

Infinix Smart 6 with Helio A22 CPU and 6.6-inches screen announced in India