OPPO Mobile is currently pushing an update of ColorOS 11.1 to owners of the Reno5 F. The update which weighs about 620MB is the first post-factory software update released for the device. The update itself is not a new Android OS, but it brings overall system optimization and performance stability; moreover, it also bundled April Android security update along.

Recall that OPPO introduced the Reno5 F back in Kenya on the 22nd of February with same ColorOS 11.1 based on Android 11. This incremental update brings only improved system performance and stability, as a result, you may not notice much practical difference in the overall usage of the phone.

However, there is a notable issue I think the update was able to address. During my testing of the Reno5 F, there was an issue prior to the update, where the device struggles to cope with brightness management under extreme sunny days, and especially when the phone is warm. I tried replicating this issue after the update, but I’ve not encountered it yet. 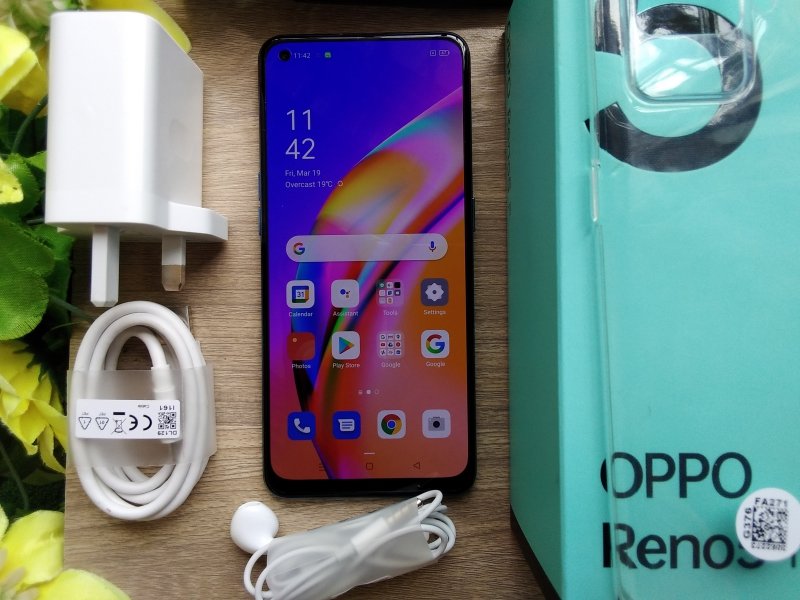 The Reno5 F is actually a great option for those who don’t want to spend more for the standard Reno5. Some of it specification highlights includes a 6.43-inches display with FHD+ res and an AMOLED panel. It has a fingerprint scanner on the display, and run on MediaTek Helio P95 and the aforementioned Android 11 with ColorOS 11.1 out of the box.

The device has four camera system on the back, and the main lens is a 48-megapixel sensor, while a single 32MP snapper is used for selfie on the front. It also have a reliable 4300mAh battery with 33W fast charging. However if there is any thing I don’t like about the Reno5 F is the Glossy finishing which is very receptible to finger print.