Infinix Smart 5A is the latest entry-level Android phone launched in India for the month of August, 2021. The device is based on a quad-core CPU from MediaTek, and come with dual cameras on the rear. From the front, you are getting a 6.52-inches with 720 x 1600 pixels resolution. The phone has a dewdrop notch atop the screen, housing the selfie cam.

As for the camera department, you are getting two sensors at the back; an 8-megapixel main snapper, along with a VGA lens with three LED flash. On the front, the Smart 5A has a single 8-megapixel selfie camera with dual LED flash upfront.

The device has a built-in 5000mAh battery and come with a rear placed fingerprint scanner. There is dual 4G LTE Nano-SIMs, DTS Audio with single load speaker. It is available in Ocean Wave, Quetzal Cyan, and Midnight black colors, and run Google Android 11 with XOS 7.6 out of the box. The full specifications of the Infinix Smart 5A is contained in the table below. 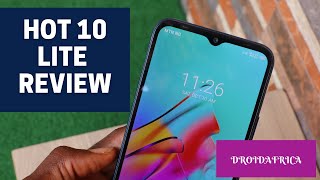