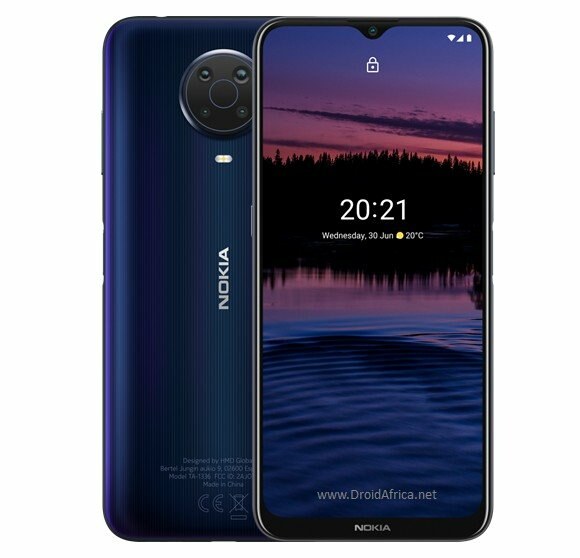 Nokia G20 is the higher variant of the G10. Both phones come with same display, same design and built but with slightly different CPU and camera setup. From the front, the Nokia G20 is offered in a 6.52-inches IPS screen that has a dewdrop notch and 720 x 1600 pixels resolutions. Under the hood, there is an octa-core MediaTek Helio G35 CPU clocked at 2.3GHz, along with PowerVR GE8320 GPU, 4GB RAM and either 64/128GB of internal storage, which is expandable up to 256GB via a dedicated SD-card slot.

On the optics, the G20 has four modules on the rear. These includes a 48-megapixel main lens, 5-megapixel ultrawide shooter, 2-megapixel macro and a fourth 2-megapixel depth sensor, while same single 8-megapixel selfie lens is used on the front. You are also getting a side-mounted fingerprint scanner along with two Nano-SIM and a dedicated SD-card slot. The device has a 5050mAh battery with 10W fast charging on the inside, while booting Google Android 11 OS out of the box. The full specs of Nokia’s G20 is contained in the table below.