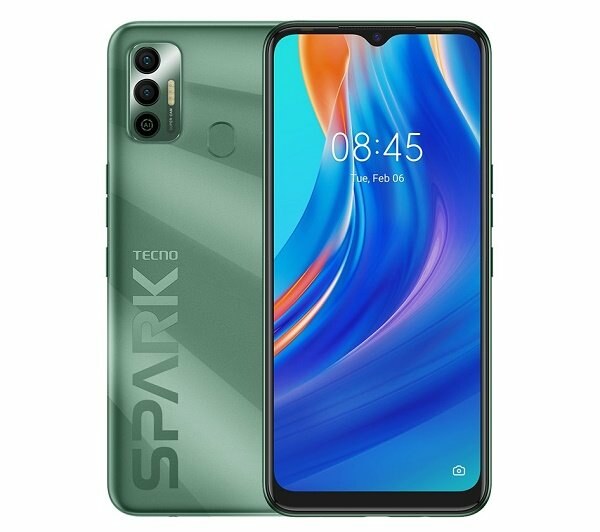 The Tecno Spark 7T is an iteration of the Spark 7-series. This model has two major specs different from the standard Spark 7 launched earlier; first, the main rear camera is now a 48-megapixel lens, instead of the 16-megapixel shooter on the older model, and the CPU is now Helio G35 SoC, not Helio A25.

But aside the outward finishing, every other aspects of the phone remains almost same. From the front, the new Spark 7T has a 6.52-inches IPS screen, with 720 x 1600 pixels resolution, and it uses a dewdrop notch on the front as well. In addition to the CPU, the device has 2/3GB RAM and 32/64GB of internal storage, which is expandable up 128GB via SD card.

On the camera department, the Spark 7T retains same 8-megapixel selfie lens upfront, while a set of two lenses are used on the rear, of which the primary snapper is now a 48-megapixel lens. Also, the device has four LEDs on the rear, and two selfie light above the display. It also come with a rear placed fingerprint scanner, has support for dual Nano SIM with 4G LTE network, powered by a built-in 6000mAh large battery and boot Google Android 11 out of the box. The full specifications and features of the Tecno Spark 7T is contained in the table below.