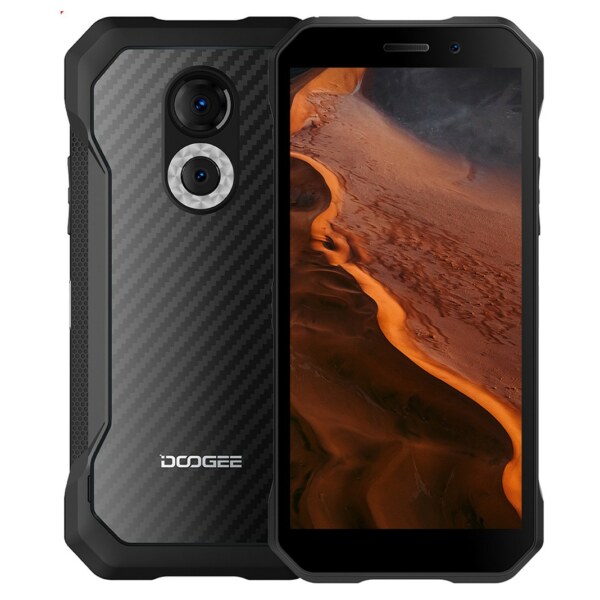 This is the Pro model of Doogee S61. There are three key difference between this Pro model, and the standard version. First, the rear camera is pushed to 48-megapixels instead of the 20MP, secondly, the front sensor is now 16-megapixels, and finally, the internal storage is also pushed to 128GB.

And just as mentioned above, the Doogee S61 Pro has two camera sensors on it rear. Of these two, the primary snapper is a 48-megapixel sensor, along with a secondary 20-megapixel dedicated Night lens. The main camera is a Samsung S5KGM1S sensor with F/1.8, while the night lens is a Sony IMX350 with same F/1.8 aperture.

The phone has a fingerprint scanner on the side, and it support NFC as well. It comes with interchangeable Transparent, Wood Grain, AG Frost and Carbon Fiber back panel. There is a 5180mAh battery on the inside, while Google Android 12 is available out of the box. The table below contains the full specs of Doogee S61 Pro.