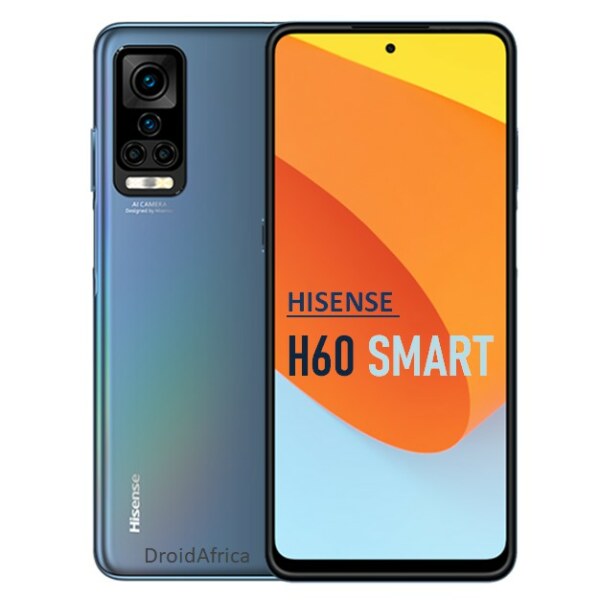 This is HiSense H60 Smart, the fourth gadget in the H60-series. It has similar specs with the H60 Lite, but the front camera is pushed to 16-megapixel. From the front, you also getting a tablet-sized 6.95-inches screen with 1080 x 2460 pixels. There is also same center notch on the middle, and the the phone’s screen panel is IPS.

On the inside, the HiSense Infinity H60 Smart is powered by Tiger T610 octa-core CPU from UNISOC, clocked at 2.0GHz. The phone has Mali-G52 GPU and back by 4GB RAM and a 128-Gigs of built-in storage, expandable up to 512GB via SD-card.

On the camera department, you are getting four lenses on the rear. These includes a 48-megapixel Sony IMX586 main shooter, 5-megapixel ultra-wide, 2-megapixel macro and 2-megapixel depth sensor, along with dual LED flashes, while a single 16-megapixel selfie lens is used on the front.

The phone support dual Nano-SIMs with 4G LTE network on both. It also come with a side-mounted fingerprint scanner, a 5150mAh battery with 15W fast charger, and Google Android 11 operating system. The table below contains the full specs of HiSense H60 Smart.