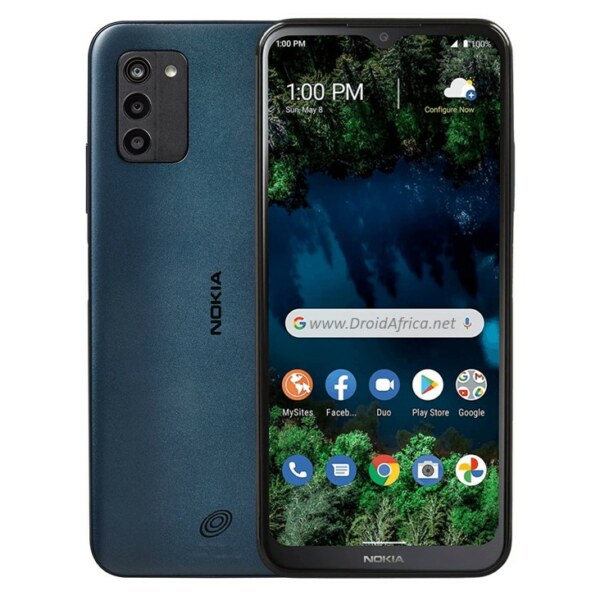 The Nokia G100 LTE is an entry-level smartphone sold in the US via Tracfone, Total Wireless and few other carrier networks. It come with a quad-core CPU, and sports three camera lenses on the rear. On the front, you are getting a 6.52-inches HD+ screen with a dewdrop notch on the head.

On the camera department, three sensors are used on the rear. These includes a 13-megapixel main, 5-megapixel ultrawide and a third 2-megapixel depth sensor. There is also a single LED flash on the rear, while an 8-megapixel selfie shooter seats on the front.

The model has a sided fingerprint scanner, support a single 4G LTE SIM and powered by a 5000mAh battery. The phone is locked to Total Wireless network, and boot Google Android 12 out of the box. The complete specs of Nokia G100 smartphone is contained in the table below.