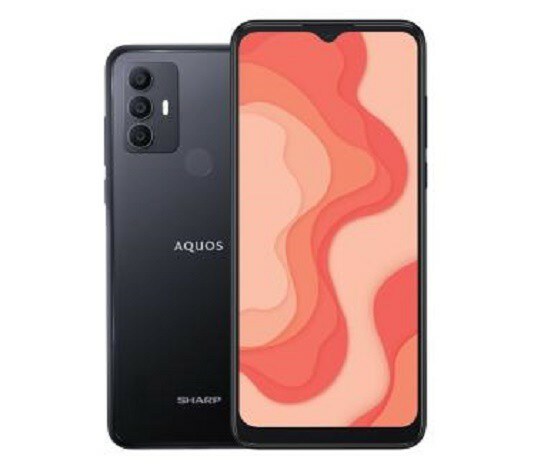 The Sharp AQUOS V6 is the smaller, and cheaper options to the V6 Plus. Although both have almost the same specs all through, except for the use of a smaller camera lens on this vanilla model. Here, you are also getting a 6.52-inches dewdrop screen, with 720 x 1600 pixels resolution.

Now as for the camera department, while the primary snapper on the Plus model is a a 50-megapixel lens, the vanilla AQUOS V6 has a 13-megapixel primary sensor. But the other two 2-megapixel depth and 2-megapixel macro shooters, as well as the frontal 8-megapixel selfie snapper are retained.

The brain power on the Sharp AQUOS V6 is also from Mediatek’s Helio G25 octa-core CPU, clocked at 2.0GHz, along with PowerVR GE8320 GPU. However, the phone’s built-in storage and RAM are reduced to 32GB and 3GB ROM and RAM respectively.

The operating system on here is also Google Android 12, and the device has a rear placed fingerprint scanner as well. Like it sibling, the phone is pained in Gray Sand and Deep Blue Sea colors, support dual 4G SIMs and fueled by a 5000mAh battery with 10W fast charger. The full specs of Sharp AQUOS V6 is contained in the table below.