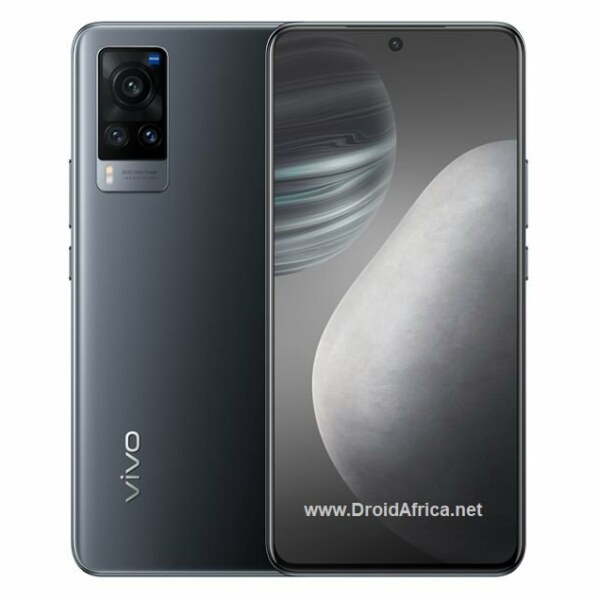 The X60 is the latest smartphone under vivo’s X-series for the month of December of 2020. It is both the direct successor to the X50 announced earlier this year, and also the international version of the X60. The device brings improvement both in design and specs, and it is 5G-enable of course. From the front, you are getting a 6.56-inches FHD+ display with 1080 x 2376 pixels resolution. The panel is AMOLED, and it has HDR10+, 120Hz refresh rate and a centralized punched notch. As far as internal specs goes, the X60 Global version runs on Qualcomm Snapdragon 870 Chipset, instead of the Exynos 1080 SoC on the China version. No space is provided for external SD-card, but you are getting three storage variants which includes 8GB RAM + 128GB ROM, 8GB RAM + 256GB ROM and a 12GB RAM pegged with 256GB ROM. As for the optics, the X60 offers triple rear cameras at the back, which includes a 48-megapixel main lens with Sony IMX598 sensor, f/1.48 aperture and 4-axis OIS; 13-megapixel 120° ultra-wide lens and a third 13MP 50mm portrait camera with f/2.46 aperture, along with a dual LED flash, while a single 32-megapixel selfie lens with f/2.45 aperture seats in the notch upfront.

To carter for security, there is a fingerprint scanner hidden under the display. Interestingly, the device boot Google Android 11 out of the box, underneath vivo’s latest OriginOS 1.0. You are also getting dual Nano-SIMs with 3G/4G/5G SA/NSA network modem as well as a 4300mAh battery with up to 33W fast charging. The full details of Vivo X60 Global version is contained in the Table below.