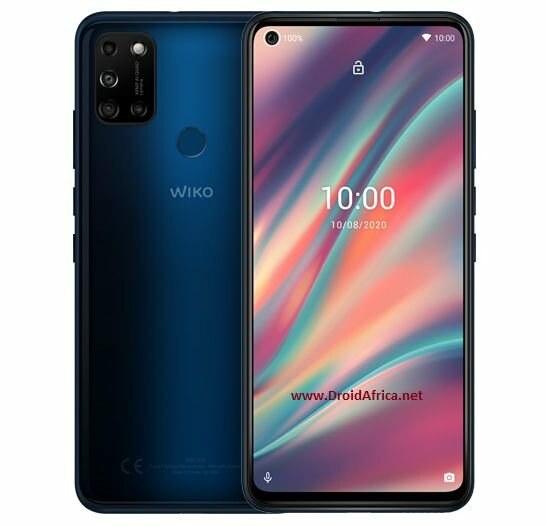 The Wiko View5 is the direct successor to the View4 announced earlier this year. There are three major areas of upgrade in the new comer. First, the screen is now pushed to 6.55-inches with a punch hole notch in stead of the dewdrop notch used in the view4. Secondly, rear camera modules are now four with the major driver being a 48-megapixel snapper, and finally, the new View5 now has a physical fingerprint scanner which was absent in the previous model. Aside the above, other specs remains virtually same. The Wiko View5 retains same Mediatek Helio A25 octa-core CPU, along with PowerVR GE8320 GPU. It has 3GB RAM and 64GB of internal storage, which can be further expanded using 512GB external SD card.

Now the full camera specs includes a 48-megapixel main lens, along with a secondary 8-megapixel wide lens, pegged with a 5-megapixel macro lens and a fourth 2-megapixel of depth, while a single 8-megapixel front-facing snapper is hidden in the hole upfront. The device is available in Midnight Blue, Peach Gold, and Pine Green colors. Connectivity options include 4G LTE network, Bluetooth 4.2, WiFi and GPS. The device has dual SIM with a side mounted Google Assistant Button. There is a 5000mAh battery on the inside, while Android 10 is available out of the box. The full specs and features of the Wiko View5 is contained in the table below.