Galaxy A31 with in-screen fingerprint scanner arrives in Nigeria

The Samsung Galaxy A31 which was announced in South Africa 2-days ago, has now found it way to the Nigerian smartphone market. Interestingly, the phone arrives with impressive specifications and features among which is an in-screen fingerprint scanner on a budget. There are generally three memory combination on the Galaxy A31; these includes 4GB RAM + 64GB ROM, 4GB RAM + 128GB ROM and 6GB RAM + 128GB ROM. 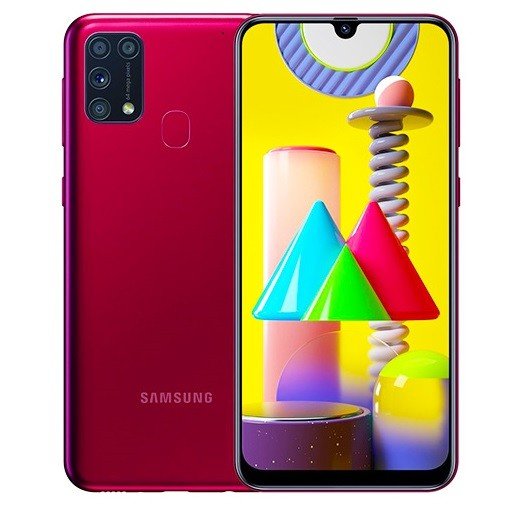 Of the three storage options above, the version launched in Nigeria has 4GB RAM and 128GB internal storage, which is expandable via a dedicated microSDXC card up to 512GB. The processing prowess comes from an octa-core 2.0GHz, and the phone runs on the latest Google Android 10 with Samsung OneUI 2.0 out of the box.

On the optics, there are four lenses at the back. The main snapper is a 48-megapixel lens with f/2.0 and PDAF, pegged with a wide 8-megapixel snapper with f/2.2 aperture, a 5-megapixel f/2.4 macro lens and a fourth 5-megapixel depth sensor with f/2.4 aperture, while a single 20-megapixel selfie shooter seats in the notch upfront. 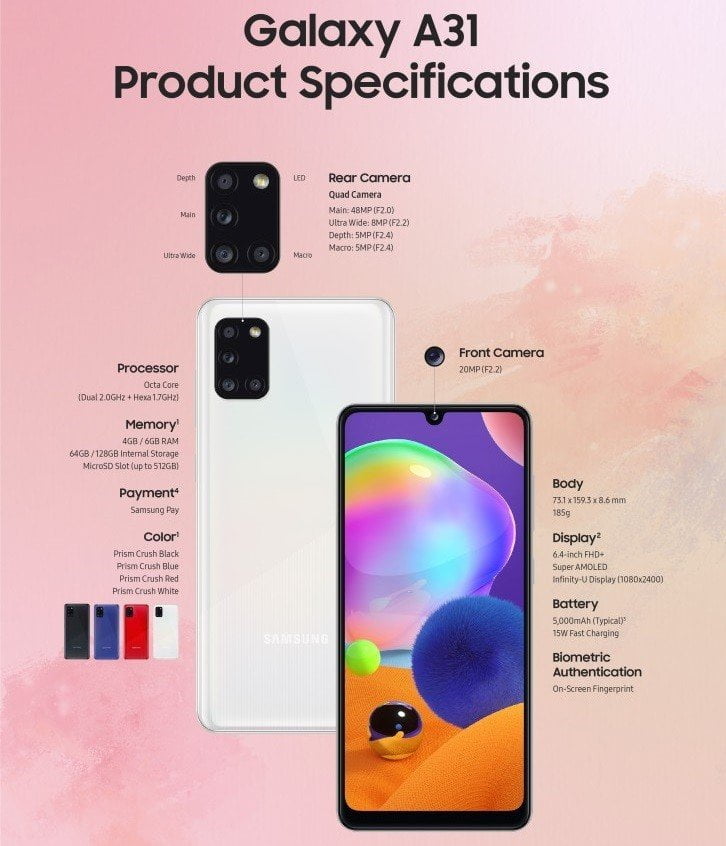 All of these specs are housed under a 6.4-inches Super AMOLED screen with 1080 x 2400 pixels resolution, with a notch above the display. The UI is Samsung’s OneUI 2.0 underneath Google Android 10 out of the box. In Nigeria, the Galaxy A31 is available in three colors, which includes Prism Crush Black, Prism Crush Blue and Prism Crush White colors, and powered by a large 5000mAh battery with 15W fast charging via USB Type-C interface. The Galaxy A31 will be available from the 21st of May, and priced around N95,000 in Nigeria.

Stephen Ekpahttps://www.droidafrica.net
Stephen is the Editor-in-Chief @DroidAfrica. His work on DroidAfrica is born out of pure passion for tech, especially as it relates to smartphones. When Steve is not writing tech, then he is reading tech.
Share
Facebook
Twitter
Pinterest
WhatsApp
Previous article
Huawei Y7P now official in Nigeria with 4GB RAM and 64GB storage
Next article
This new vivo Y70s is the first smartphone to run Exynos 880 CPU