Huawei has unveiled a Green color option for the Huawei Mate 30 Pro 5G 8GB of RAM and 128GB of internal storage variant. The smartphone was first released in China on September this year after in which it goes on sale on 26. The device doesn’t come with Google services but those in China aren’t worried at all because they don’t care much about Google services. But there is a way you can incorporate Google services on the smartphone is you know your way round.

The company officially said it when they launched the smartphone, they said if you wish to run Google services on it, there is a way. The Green color option will go on sale starting from tomorrow. When Huawei launched the device, it only came in two colours which are Vegan Leather Orange and Vegan Leather Forest Green. Mate 30 Pro 5G 8GB + 128GB model is priced at 6,399 yuan which roughly converts to $909. 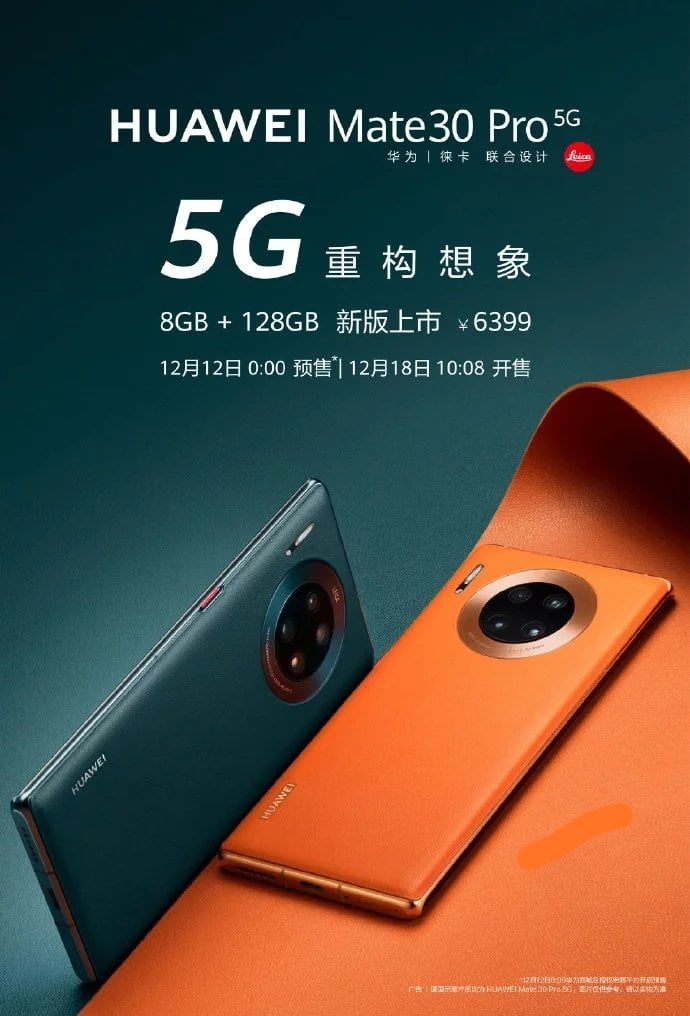 In terms of camera, this device spot a quad rear cameras which are the 40mp camera with f/1.6 aperture accompanied by a dual led flash, 8mp telephoto lens with f/2.4 aperture, 40mp ultra wide with f/1.8 aperture and a 3D TOF sensor. On the front, it has 32mp selfie shooter with f/2.0 aperture and another 3D TOF sensor. Both the front and back camera records video in 1080p at 30fps. What is keeping the light on is a 4,500mAh Li-Po battery which supports fast charging upto 40W.

Stephen Ekpahttps://www.droidafrica.net
Stephen is the Editor-in-Chief @DroidAfrica. His work on DroidAfrica is born out of pure passion for tech, especially as it relates to smartphones. When Steve is not writing tech, then he is reading tech.
Share
Facebook
Twitter
Pinterest
WhatsApp
Previous article
The price of Samsung Galaxy A series devices for 2020 leaks
Next article
Oppo Reno 3 series release date revealed