The Infinity H40 is built into a 6.53-inch Full-HD+ display with 1080 x 2340 pixels resolutions. The screen has a punch hole atop, housing the selfie sensor. Talking about optics, the H40 comes with four camera modules at the back, and a single selfie sensor upfront. The frontal sensor is a 25-megapixel selfie shooter, with support for AI faceID. As for the four sensors at the back; you get a 48-megapixel main shooter, an 8-megapixel wide lens, 2-megapixel macro lens and another 2-megapixel depth sensor, along with a single LED flash. 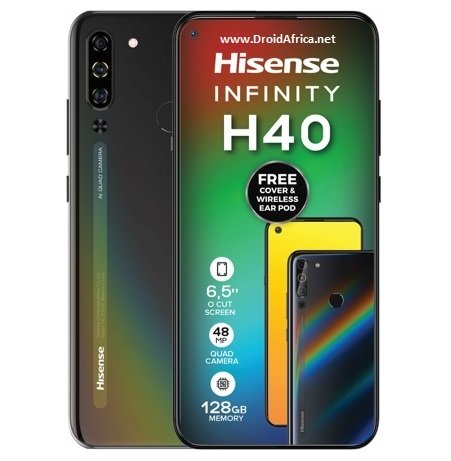 Under the hood, there is the above mentioned Mediatek Helio P70 CPU clocked at 2.1 GHz along with Mali-G72 GPU, coupled with 4GB of RAM and 128GB internal storage. The device come with a rear placed finger print scanner, has a triple slot for SD card and dual Nano-SIMs, fueled by a 4510mAh battery, and run on Android 10 out of the box. 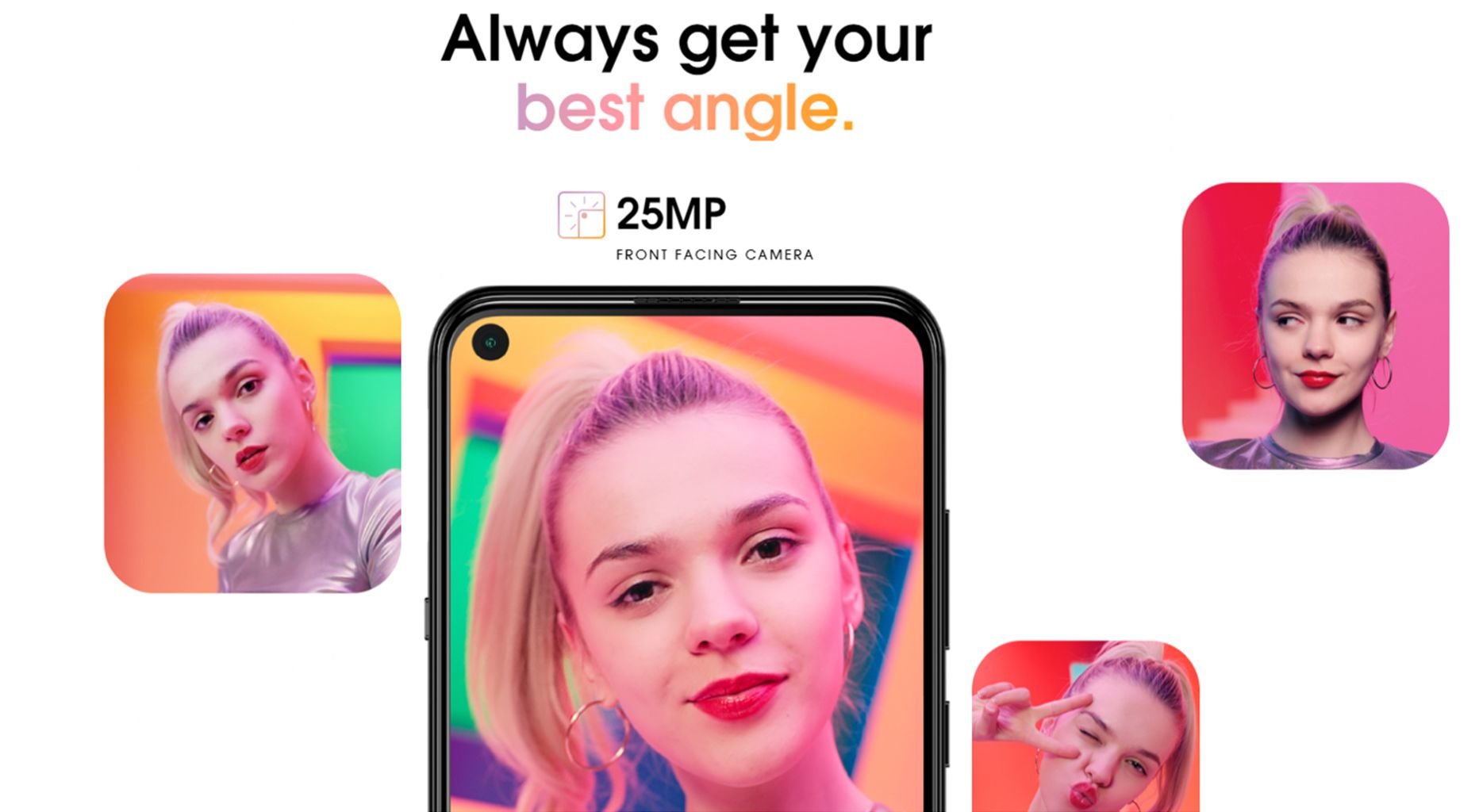 On the Infinity H40 Rock, HiSense decided to use a 6.52-inch display, but with same screen resolution of 1080 x 2340 pixels. Now instead of the punch-hole notch screen on the other variants, you are getting a traditional waterdrop notch, which also holds the from facing 8-megapixel selfie camera. The rear camera also get reduced to triple setup, comprising of a 13-megapixel main shooter, 2-megapixel macro lens and 2-megapixel depth sensor. 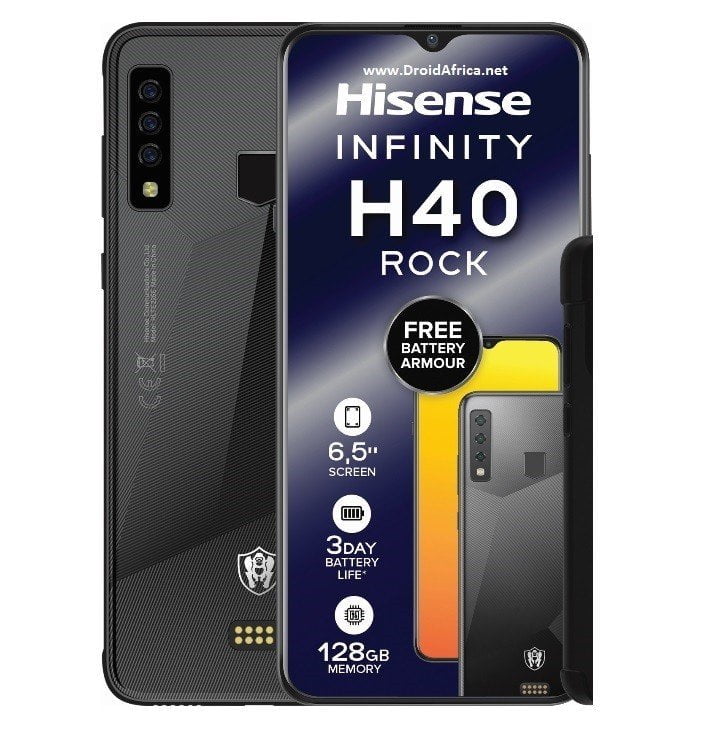 On the internal hardware, you are getting an Octa-core MediaTek Helio P60 CPU clocked at 2.0 GHz. Graphic is handled the ARM Mali-G72 MP3, coupled with 4GB of RAM and 128GB internal storage. Design wise, the H4 Rocks looks more appealing than the standard H40. It even has a convex-shaped rear fingerprint scanner, and run Android 9.0 out of the box. 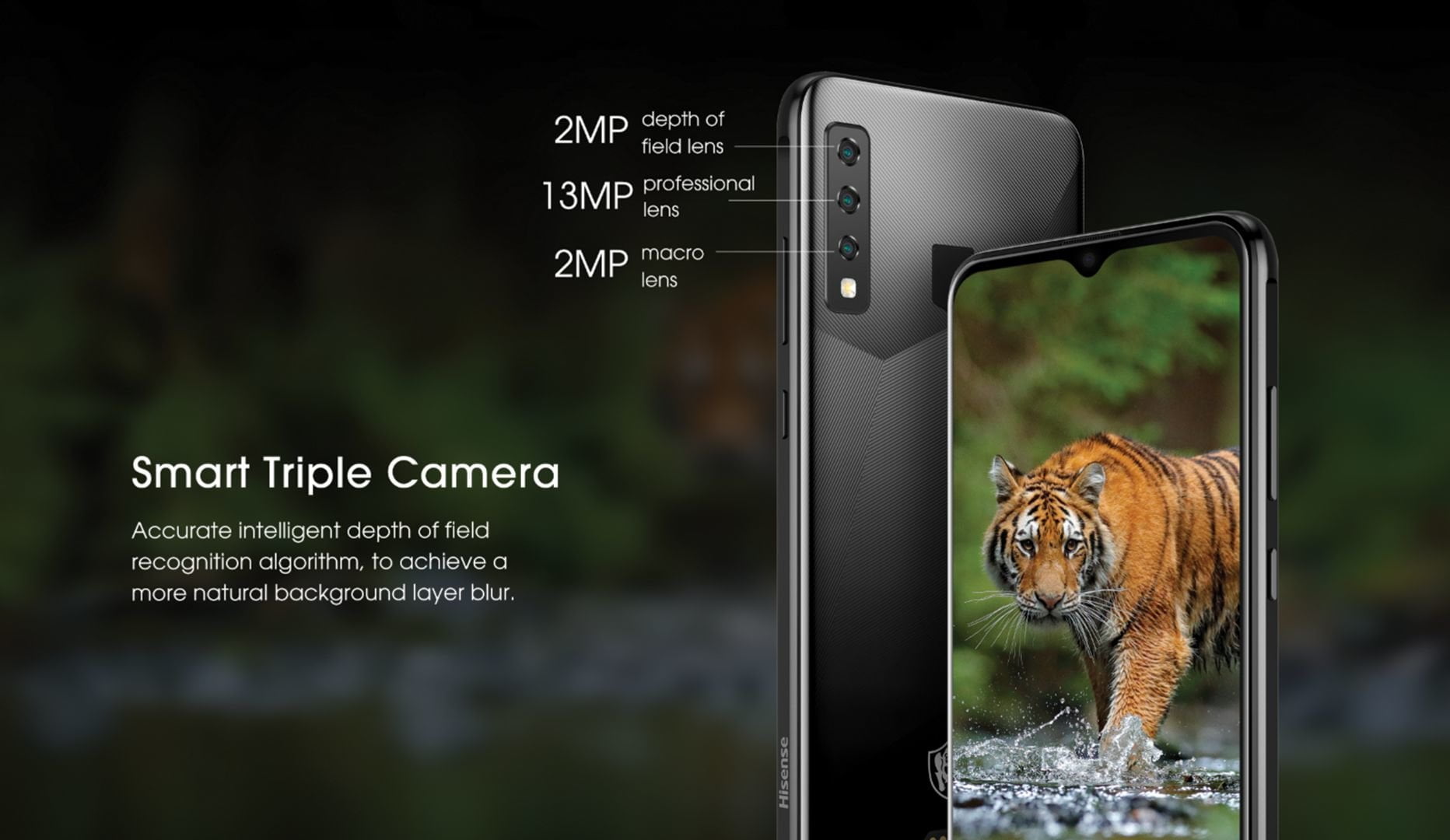 Interestingly, the H40 Rock, rocks a large 10,010mAhh battery juice. Actually, the device has 5510mAh battery, but has an armored battery pack, which can be attached to the phone as a protective cover, providing the device with extra 4500mAh juice. 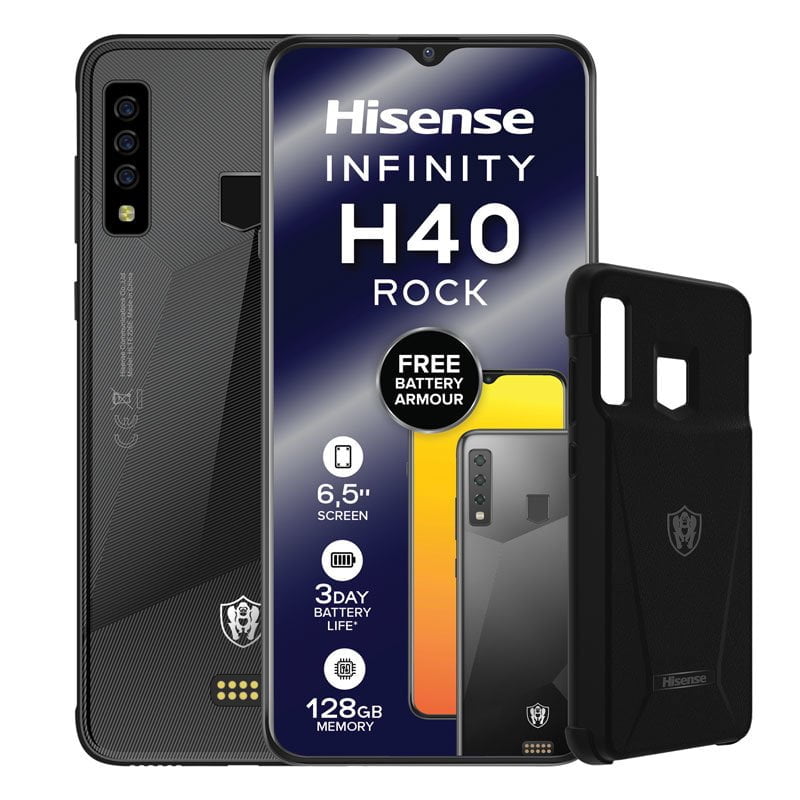