Infinix announced the Hot 9 mobile phone few days ago. Now, another Infinix smartphone is in the pipeline. Although the device is not launched in any country yet, but the full specs sheet has been detailed on the company’s official page. Interestingly, the device will be the first Infinix smartphone to have a larger 6000mAh battery, and it is called the Infinix Hot 9 Play. 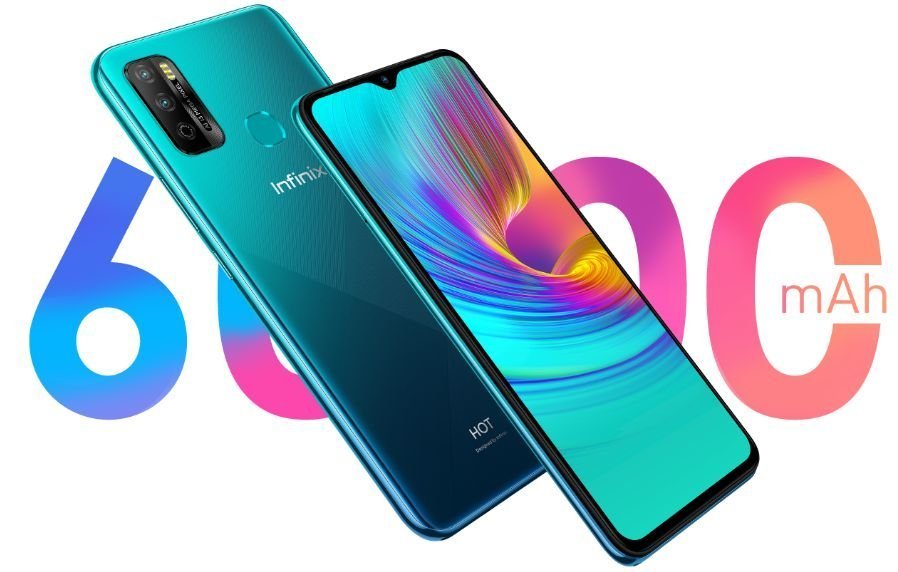 So what are you getting from the Hot 9 Play? Well, the device does not only have a larger battery, it also come with a 6.82-inch screen with 720 x 1640 pixels resolution, similar to the Note 7. On the inside, the 9 Play will be powered by same Mediatek Helio A25 used in the standard Hot 9. The processor has an octa-core CPUs clocekd at 1.8GHz along with PowerVR GE8320 GPU.

So, the gigantic battery and display is where the major fun on this device stops. Storage is downgraded to just 2GB RAM and 32GB internal storage, though expandable to 235GB via SD card. Camera optics got slashed too. Now, there is just dual lens at the back. The main sensor is a 13-megapixel shooter pegged with a VGA secondary sensor, while a single 8-megapixel selfie snapper is kept upfront.

The for colors on the Hot 9 are retained. The rear fingerprint scanner, faceID and dual Nano-SIM slot are retained as well. The aforementioned 6000mAh battery will come with 10W fast charger, and the device will run on the latest Google Android 10 (Go Edition) out of the box. When is the Infinix Hot 9 Play launching? Soon!