Huawei have just announced the 2020 version of their P smart mobile phone in Europe. The device comes in a 6.21-inch display and has a Full-HD+ resolution of 1080 x 2340 pixels. The phone has a U-shape cutting just above the display, which is the home for the selfie camera.

Talking about camera, the Huawei P Smart 2020 comes with two camera sensors at the back. The main sensor is a 13-megapixel shooter that has f/1.8 aperture, while the secondary sensor is a 2-megapixel depth lens, assisted by a single LED flash under low-light conditions, leaving selfie duties to a single 8-megapixel lens kept in the notch upfront. 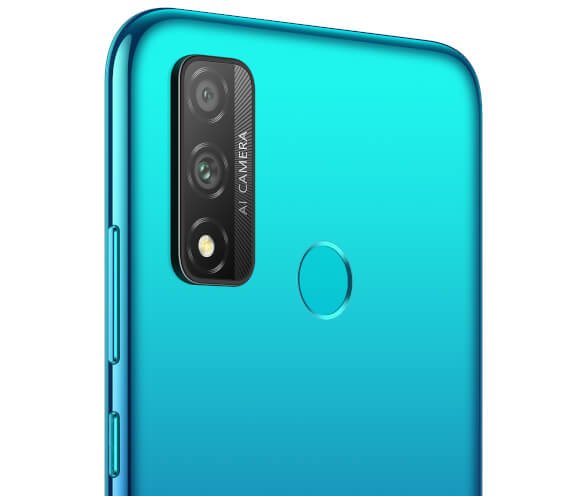 The phone is available in Midnight Black, Aurora Blue and Emerald Green colors, and run on Android 9 based on Huawei EMUI 9 with GMS preloaded out of the box. Under the hood, the P Smart 2020 runs on the HiSilicon Kirin 710 CPU, which is an octa-core Chip clocked at 2.2GHz, along with Mali-G51 MP4.

Only a single storage option is available; 4GB RAM and 128GB internal storage, except that you can expand it up to 512GB via SD card. Battery power comes from a 3400mAh battery that charges via a Micro USB 2.0 port. Other options includes a rear placed fingerprint scanner as well as dual SIM support with 4G LTE networks.

As for pricing, the phone is priced at 199 Euros, an equivalent of 215 USD, and you can register your interest via Huawei official consumer site HERE. Other regional launch are expected to follow soon.