Huawei Y5P and the Y6P now official, Helio P22 runs in both

Both the rumored Huawei Y5P and the Y6P are now official. Although the Y5P has a compact 5.45-inch display, while the Huawei Y6P has a larger 6.3-inch screen, but both phones are powered by the Mediatek Helio P22 CPU, an octa-core SoC clocked at 2.0GHz, along with PowerVR GE8320 GPU. 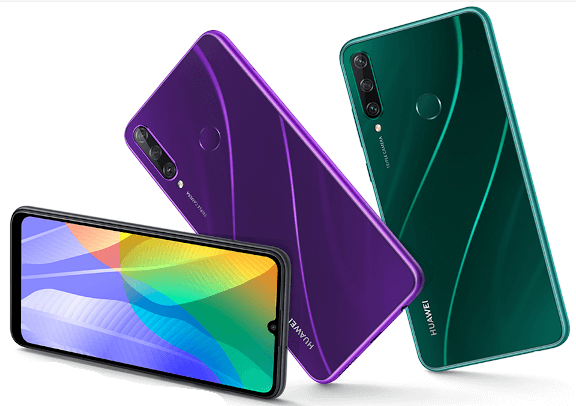 On the storage wing, the Huawei Y5P has 2GB RAM and 32GB internal storage. The smaller 5.45-inch screen has a notable bezels below and above the display. The display is an IPS LCD panel with 1440 × 720 pixels resolution and 18:9 aspect ratio.

On the camera department, the Y5P has a single 8-megapixel camera at the back with f/2.0 aperture and a single LED flash, a single 5-megapixel selfie is kept upfront. It is available in Mint Green, Midnight Black and Phantom Blue colors, but does not have a fingerprint scanner. The battery is at 3020mAh built into 146.5 × 70.94 × 8.35 mm body that weighs a total of 144 grams.

As for the optics, there are three sensors at the back, of which the main shooter is a 13-megapixel unit with f/1.8 aperture and a single LED flash. The other two auxiliary sensors includes a 5-megapixel wide lens and a 2-megapixel macro snapper. Selfie duties are left to a single 8-megapixel lens kept in the U-shape notch upfront. 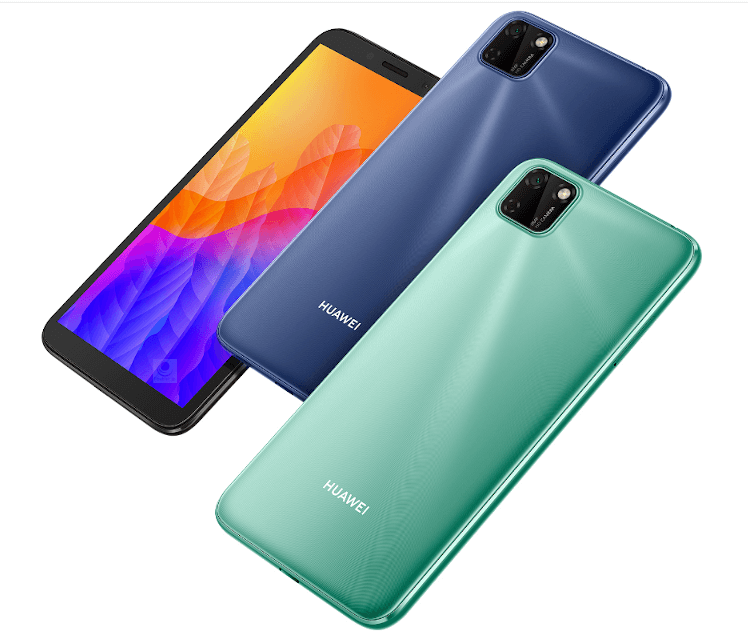 Other specifications and price

Both the Y5P and the Huawei Y6P runs on the Android 10 with EMUI 10.1 out of the box. There is no Google services, but you are get the HMS instead. Both phones also support dual Nano-SIMs with 4G LTE network on both sides. 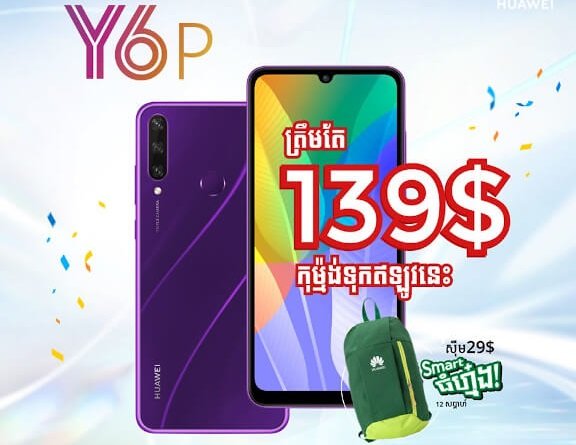 As for pricing, the more compact Huawei Y5P with 2GB RAM and 32GB storage is price at $95, while the bigger brother, the Y6P with 3GB RAM and 64GB internal storage will set you back $139.