Huawei’s latest Y-series, the Y9a just arrived in Africa, starting from Ghana. It comes in a large 6.63-inches distraction free display, with 1080 x 2400 pixels resolution. The device has the looks of Huawei’s Mate 30 at the back, and Honor X10 at the front, but lack the flagship configuration in both of those two smartphone.

In Ghana, the Huawei Y9a is offered at Ghs 1,559 along with a free Band 4e. At this price, you are getting the Helio G80 CPU from Mediatek, surprisingly paired with a massive 8GB RAM and 128GB of internal storage, expandable up to 384GB storage with the aid of an external 256GB SD-card. 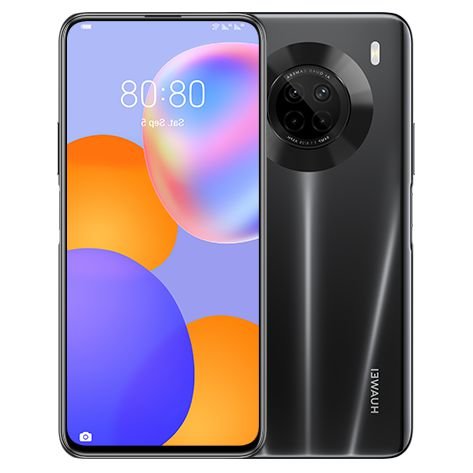 On the camera department, the circular module at the back houses four lenses. These includes a large 64-megapixel main camera, along with 8MP wide, 2MP macro, 2MP depth and 4-LED flash. At the front, there is a 16-megapixel selfie lens hidden in a motorized pop module.

There are two variants of Huawei 9a; one with a fast 22.5W charger, and the other with even faster 40W charger. The version launched has 40W fast charger, said to charge the built-in 4200mAh battery from 0 to 70% in just 30 minutes. 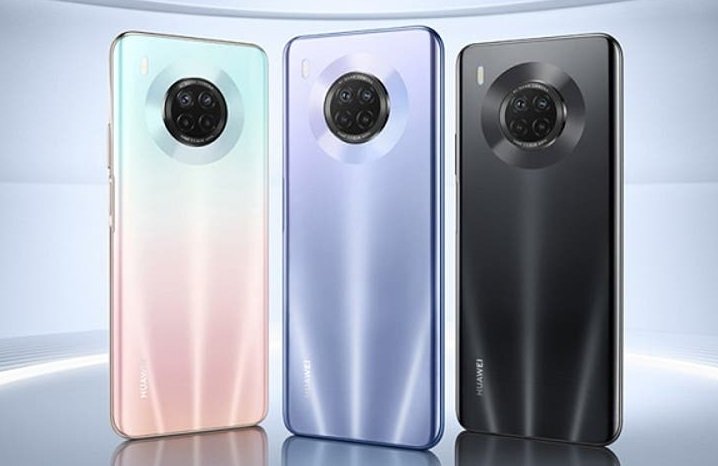 The device is available in Space Silver, Sakura Pink and Midnight Black colors. It has a side-mounted fingerprint scanner, support USB Type-C, Bluetooth 5.1 and come with dual nano-SIM with 4G LTE network. The Y9a is based on Google Android 10, with EMUI v10.2, HMS, Petal Search and Huawei App Gallery preloaded.