Infinix Hot 10i silently crept into Africa; now selling in Kenya and Nigeria

Infinix Hot 10i just arrived in the coast of Africa. Though launched back in March, but has been exclusively sold in the Middle East, some Asian regions as well as some South American regions like Colombia. Now the same is on sale in Nigeria and Kenya, but the specification is totally downgraded.

The initial Hot 10i which was launched in Pakistan on the 1st of March is using MediaTek Helio P65 octa-core CPU, but the model that just arrived in Africa has MediaTek Helio A20 quad-core CPU clocked at 1.8GHz. Additionally, this African Hot 10i modeled PR652B is given only 2GB RAM with either 32/64GB ROM. The Asian model on the other hand has 3/4/6GB RAM and 32/64/128GB ROM.

Now aside the change in storage and CPU, other aspect of the phone remain same. So you are getting a 6.52-inches HD+ V-shaped screen, with 720 x 1600 pixels, 13-megapixel dual rear camera, 8-megapixel selfie, dual 4G LTE SIMs as well as a rear fingerprint scanner. The interesting part of Hot 10i though is the battery, which is a 6000mAh unit. 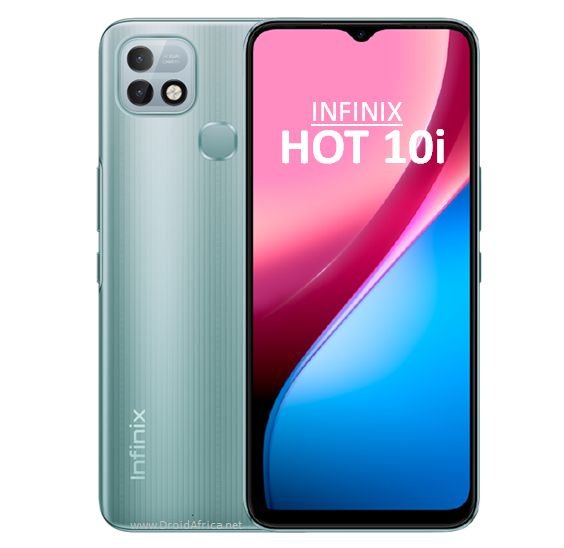 Infinix Hot 10i availability and price in Nigeria and Kenya