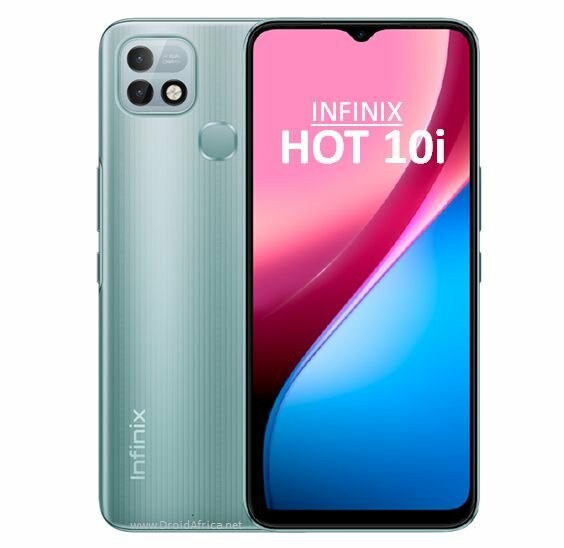 The Hot 10i is another variation of the Hot 10-series from Infinix. This smartphone is available in two versions; the Asian version with MediaTek Helio P65 octa-core CPU, which is a better CPU option than the African version that has UNISOC SC9863A octa-core CPU. RAM and storage option are not same either; the Asian version has 3/4/6 GB RAM with 32/64/128GB ROM, while the African model has just 2GB RAM with either 32/64GB ROM. All other specs of the phones as same across both regional models. As for the display, the Hot 10i sports a compact 6.52-inches screen with 720 x 1600 pixels resolution. The screen is IPS panel, and it has a notch overhead which is the house for the selfie sensor. The built quality is plastic, hence there are some stripe lining going on on the rear, which is aimed at enhancing grip.

The device packs dual camera setup on the back. These includes a 13-megapixel autofocus sensor with f/1.8 aperture, and a 2-megapixel depth sensor, coupled with four LED flashes on the rear. For selfie, you are getting a single 8-megapixel lens kept within the notch upfront. The device is available in Morandi Green, 7º Purple, 95º Black and Heart of Ocean colors. It support FaceID and come with a rear placed fingerprint scanner. You are also getting dual Nano-SIMs with 4G LTE network on both SIMs, a large 6000mAh battery, and the Android 11 with XOS 7.5 out of the box. The full specs of Infinix Hot 10i is contained in the table below.