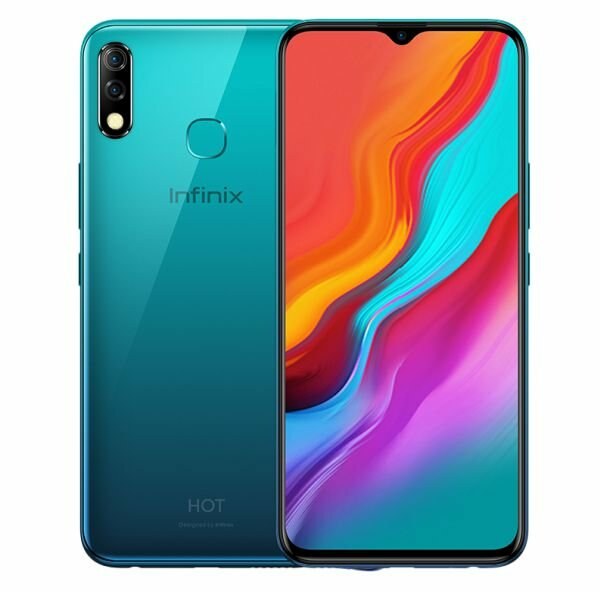 The Infinix Hot 8 Lite is the most basic version of the recently launched Infinix Hot 8. I said most basic because, in all, there are two other versions of the hot 8; one with an octa-core Helio P22 CPU, and the other with a Quad-core Helio A22 CPU, and both of them has support for 4G LTE network. But the Hot 8 Lite on the other hand, has a Quad-core MT6580P CPU, and does not have support for 4G LTE network. Well, it still does have same 6.6-inch IPS HD+ display, with 720 x 1600 pixels resolution, with Waterdrop notch above the screen. The above mention CPU is a Quad-core Cortex-A7 CPU clocked at 1.3GHz, along with Mali-400MP2. Interestingly, it also has a 2GB RAM, 32GB internal storage and upto 32GB via microSD card. The Hot 8 Lite is also, a bit, limited in it camera segment; the device is only given a dual rear camera, instead of the triple rear sensors used on the other variants of the Hot 8. The rear sensors are a combination of 8 MP + 0.3 MP for the back, and a single 8-megapixel front-facing sensor, kept in the overhead notch. What’s more? You are also getting a rear placed fingerprint scanner, and of course, a FaceID. But most importantly, is the presence of the same large 5000mAh built-in battery used in the other versions of Hot 8. The Hot 8 Lite runs on Android 9.0 Pie out of the box, based on Infinix XOS 5.0 Cheetah. Other key specifications and silent features of the Infinix Hot 8 Lite are detailed in the table below.