We got to know the Infinix Hot 9 when it was first announced in Indonesia on the 23rd of March. Since then, the Hot 9 Play has also made it to the shelf in some African and Asian markets. And now, Infinix has confirmed the launch of the Hot 9-series in the Indian market, and this will include the vanilla Hot 9 and a newer Hot 9 Pro.

So, here is the answer to your excitement! Unveiling the two most awaited Hotttttttttest smartphones- HOT9 & HOT9 PRO!!!

While we are very familiar with the standard Hot 9, we currently do not have the complete details of the Pro version. But as the tweet above suggests, one of the obvious difference between the Hot 9 and the Hot 9 Pro could be in the camera segment. The main sensor used on the initial Hot 9 is a 13-megapixel, but the 9 Pro will spot a larger 48-megapixel snapper in same quad-rear camera setups.

Also, the vanilla Hot 9 run on Mediatek Helio A25 octa-core CPU. But the maximum camera Image Signal Processor (ISP) for the A25 is 16-megapixel, so we can expect the Hot 9 Pro to run on a more powerful CPU than the 9. Aside the above, the rest of the specs should remain same.

Some of which includes a 6.6-inch HD+ display with 720 x 1600 pixels and a punch hole notch, 4GB RAM and up to 128GB of internal storage. In addition to the four camera sensor, the Hot 9 Pro could spot up to 16-megapixel selfie sensor. 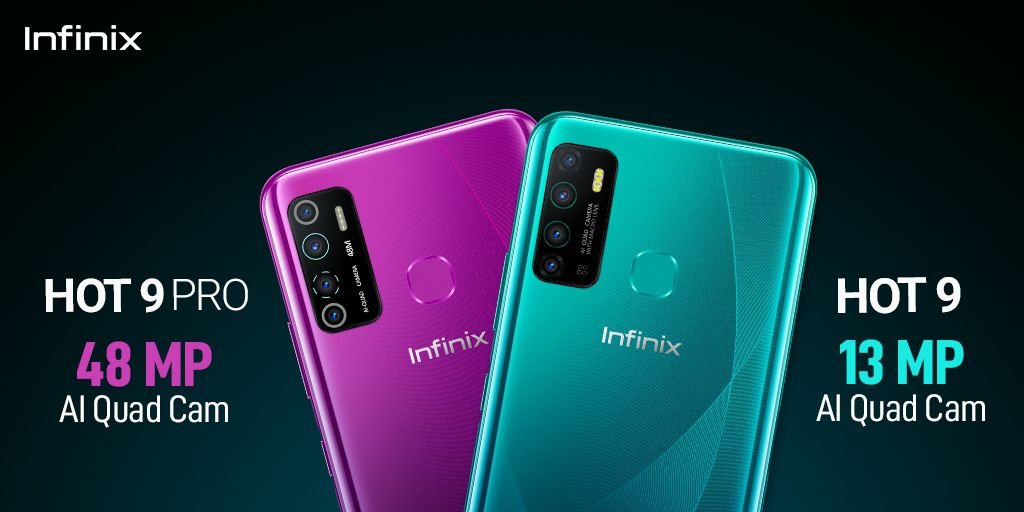 The Hot 9 run Google Android 10 with XOS v6 Dolphin, has a rear placed fingerprint scanner, and powered by a 5000mAh battery. Both the Hot 9 the Hot 9 Pro are expected to be priced aggressively under Rs. 10,000 in India and the duo will launch on the 29th of May and will retail via online stores like Flipkart.