It seems Infinix India could not meet up with target, as a result, the launch of Zero 8i, which was initially stipulated for today, is delayed by additional 24-hours. InfinixIndia via her official Twitter handle, revealed 9-days ago, that she will be announcing the Zero 8i in India on the 2nd of December, have now added additional one day to the online launch event. 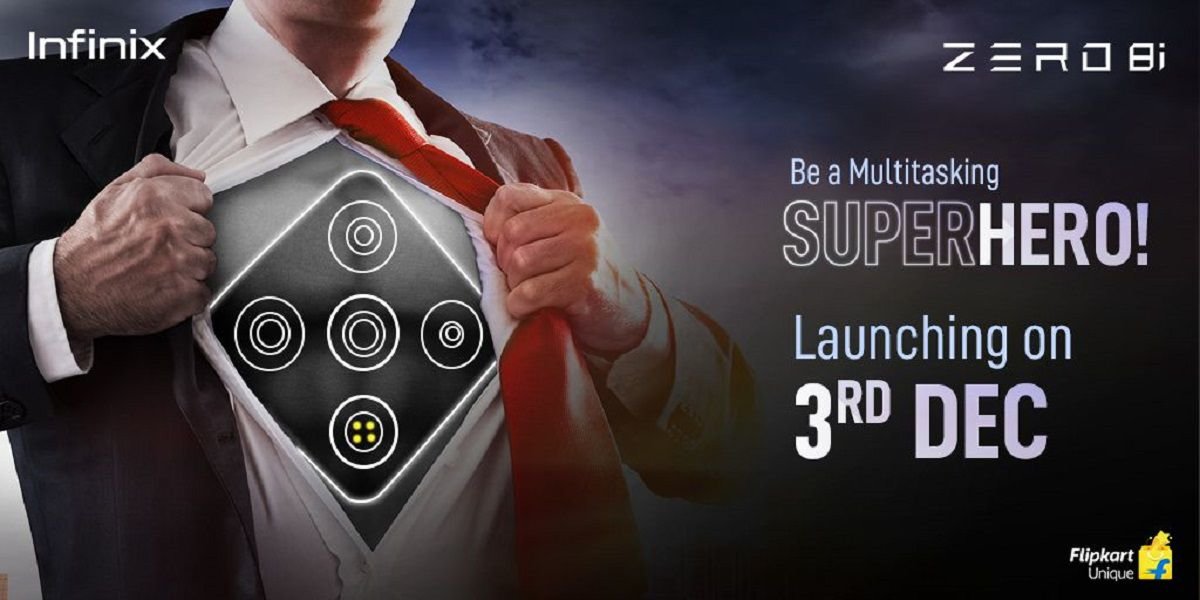 Infinix Zero 8i is expected to offer same specs with the standard Zero 8, same for the downgraded camera specs. It will sports same 6.85-inch full HD+ display with a 90Hz refresh rate, 180Hz touch sampling, and a dual punch-hole cutout at the top left corner.

As for the cameras, the Infinix Zero 8i will have same quad-camera setup at the back, but with a 48MP primary lens, instead of the 64-megapixel main lens on the standard version. The other three lenses remains a 8MP ultra-wide-angle lens, a 2MP depth sensors and fourth QVGA AI lens.

The frontal snapper is also reduced to 16MP primary sensor and an 8MP ultra-wide-angle lens. The device packs a 4,500mAh battery and supports 33W fast charging. There is a side-mounted fingerprint sensor and face unlock for security.