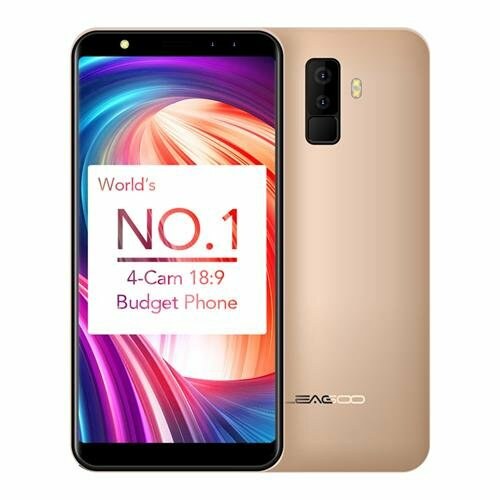 The Leagoo M9 is an affordable smartphone from Leagoo, targeted at the low-end smartphone market. Leagoo is marketing this device as the first HD+ Display smartphone to pack four camera sensors.

Specification wise, the device features a 5.5-inch HD+ Display with 640 x 1280 pixels resolution, as mentioned above, there’s a dual 8 + 2 MP camera sensors at the back with a dual LED flash, and another 5 + 2 MP dual camera sensors upfront, with a single LED flash. On the hardware department, the Leagoo M9 is powered by the Mediatek MT6580A processor, along with Mali-400MP2 GPU, there’s a 2GB RAM and 16GB internal storage. There is also option for an expandable storage up to 32GB via microSD card.

Whats more? There is also support for a rear Fingerprint scanner, Bluetooth 4.0 and dual Micro-SIMs cards. Interestingly, the device host 3000mAh battery out of the box. The complete specifications and silent features of the Leagoo M9 are contained in the specs table below.