Motorola has officially introduced the Moto E7 Power in India just as promised. Two storage versions of the device are available; a 2GB RAM pegged with 32GB RAM, and a 4GB RAM with 64GB ROM. Both of these storage options has 6.5-inches display with, packs Helio G25 CPU from MediaTek and fueled by a 5000mAh battery. 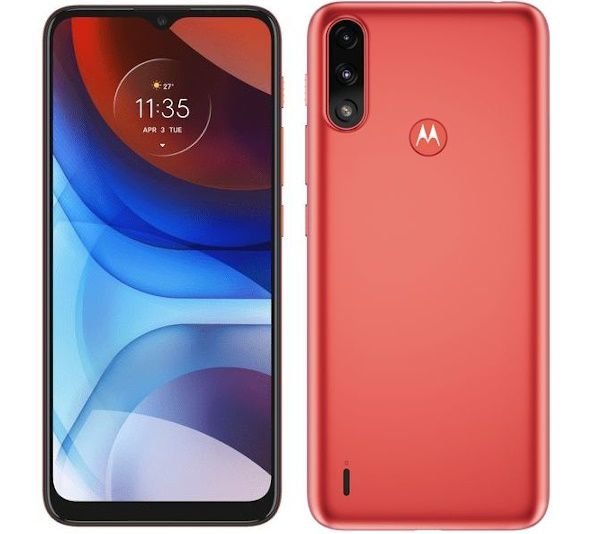 Motorola is calling the screen on the E7 Power MaxVision display. It has a dewdrop notch overhead, and sport 720 x 1600 pixels resolution. Both storage option can be expanded using SD-card up to 1TB. As for the internal memory, the company says it uses a new combination dubbed eMCP, which is an embedded multi-chip package that combines eMMC and low-power DRAM.

On the camera wing, a combination of 13MP (primary) + 2MP (macro) with a single LED flash is on the rear, while a single 5MP selfie lens is used in the notch upfront. There is also IP52 ratings for water resistance, a 5000mAh battery with 10W charging, and the Google Android 10. 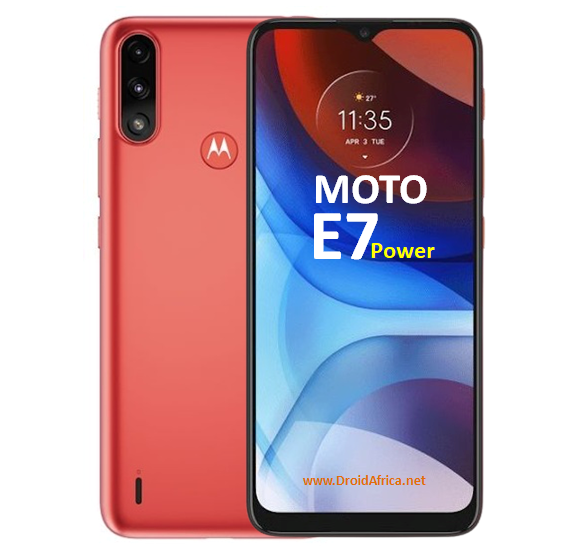 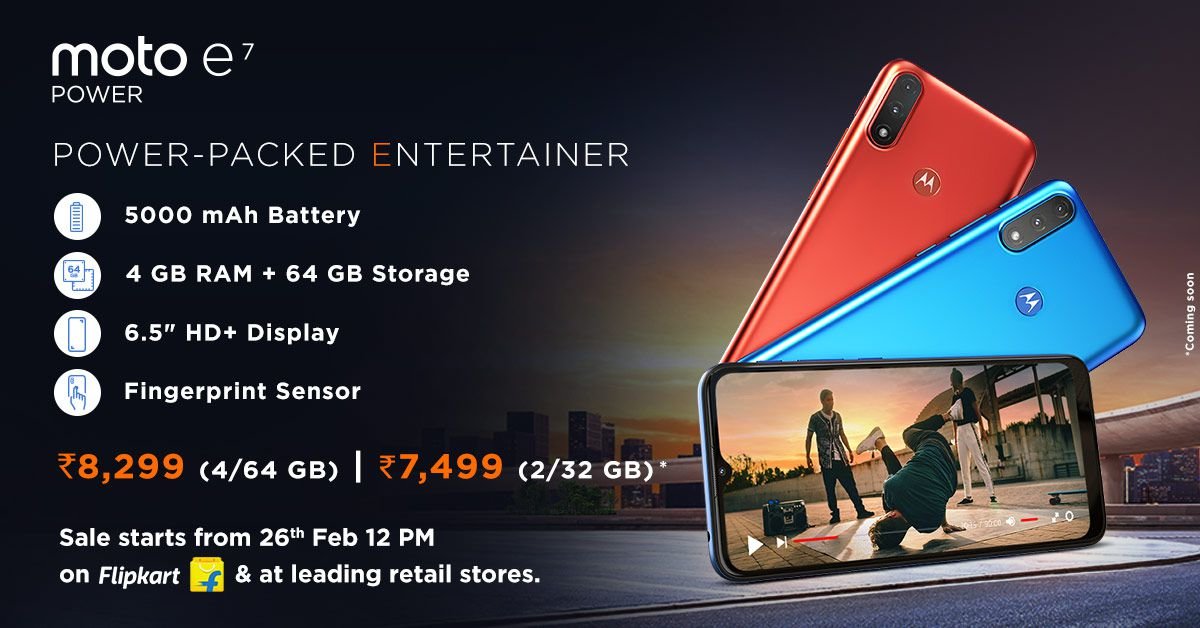 The Moto E7 Power is available in India via Flipkart. Painting options includes Tahiti Blue and Coral Red. As for pricing the2GB RAM with 32GB ROM starts at Rs. 7499, while the 4GB RAM with 64GB ROM will set you back at Rs. 8,299, which an equivalent of $103 and $114 US Dollars respectively.