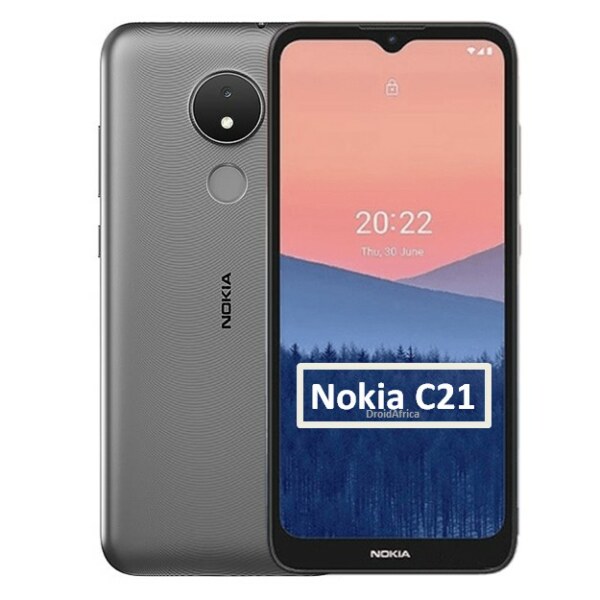 This is Nokia C21, the direct successor to the C20 of last year. Both phone still have a lot in common though. For example, they both have same screen, same CPU and powered by the same battery capacity. The phone has a 6.52-inches display on the front, and it has a dewdrop notch on the head.

Powering the Nokia C21 is UniSoC’s SC9863A CPU octa-core CPU,clocked at 1.6GHz, along with PowerVR GE8322 GPU. The model is available in either 2/3GB RAM, while the internal storage is a mix of 32/64-Gigabytes..

The camera sensor on the C21 is an 8-megapixel lens, supported by a single LED flash on the rear, while the frontal snapper is a 5-megapixel shooter, both of which are capable of 720p video recording.

There is now a rear placed fingerprint scanner, and like the predecessor, both single and dual SIM options are available. There’s Bluetooth 4.2, USB 2.0, a 3000mAh battery and Google’s Android 11 (Go Edition) out of the box. The table below contains the full specs of Nokia C21 smartphone.