We do know that the direct successor to the current OnePlus 8-series, will be the OnePlus 8T. This upcoming model might be available in Pro and non-pro versions, and even though the company have not made any official statement regarding the 8T, we do have few renders courtesy of Steve H.McFly, (a.k.a OnLeaks) in conjunction with @Pricebaba, revealing the possible design of the upcoming OnePlus 8T. 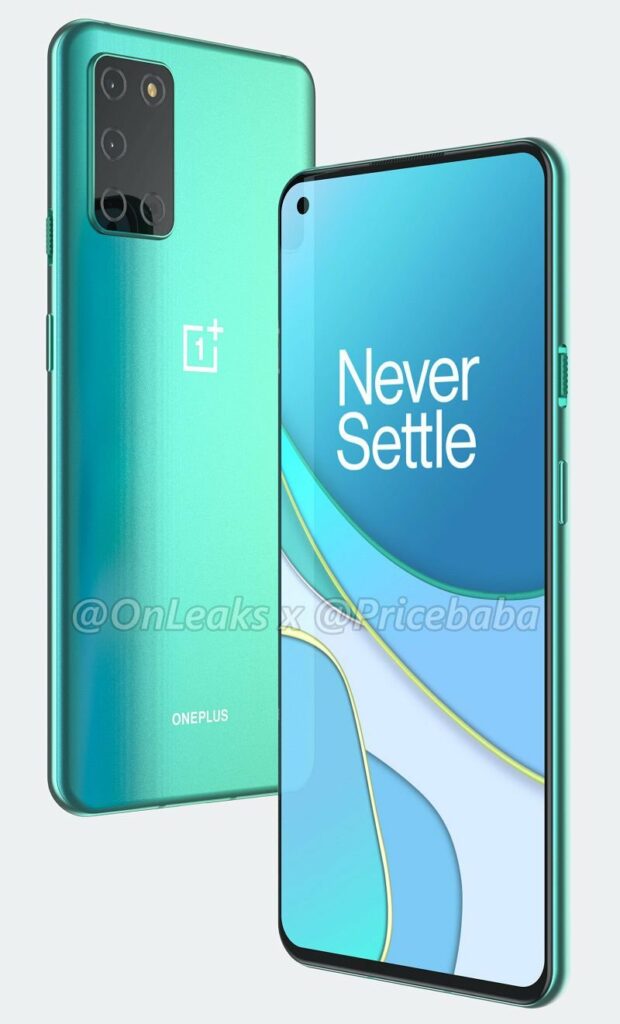 As shown in the image above, the OnePlus 8T might be having a revamped back panel, notably on the camera modules. The rear snappers will come in a rectangular shape, with the four camera lenses taking an L-shape at the top left corner of the phone. According to reports, the lenses will comprise of a 48MP primary shooter, 16MP ultra-wide lens, 5MP macro and 2MP portrait sensors.

Not much has changes on the frontal view of the phone, save for the tinier bezels. The dot-notch cut-out is still present, and a rumored 32-megapixel selfie snapper will be kept inside. As for specifications, the OnePlus 8T may sport a 6.55-inch display with Full-HD+ resolution and upto 120Hz refresh rate.

Other rumors have suggested that the device will be based on the Snapdragon 865+ and might be available in multiple storage variant, but confirming 8GB RAM + 128GB ROM and 12GB RAM + 256GB ROM. We’ve seen several leaks and rumors of OnePlus devices in time past that never saw the light of the day, including those from renounced tipsters. These might be one of such, so in the meantime, take the renders above with a pinch of salt.