I just recently shared with guys that the Oppo A91 has been unveiled in China. However, the smartphone was unveiled alongside the Oppo A8 smartphone. The renders of this two devices surfaced a few days ago and they just made their debut today in China. The Oppo A8 is targeting the budget section while the A91 is targeting more advanced budget market.

The A8 comes with a tall aspect ratio screen, a big-sized battery and a large native storage. It is currently on reservation in China and it was launched at a price tag of 1,199 Yuan (~$171). There are two colour options to choose from for those in China which are Azure and Secret Night Black. It is scheduled to go on sale on Dec. 26 and buyers can now register for the smartphone through the OPPOShop.cn and other Chinese retailer sites. 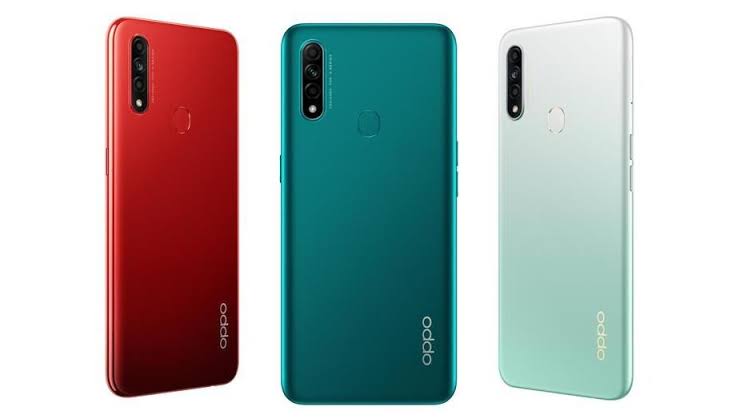 Going to the specs, on the front, it has a 6.5-inch display. It’s an HD+ display which means it has a resolution of 720 by 1600 pixels. The device has a PPI of 270 and 20:9 aspect ratio. It’s an IPS LCD panel screen with 82.4% screen to body ratio. Under the hood, it is powered by MediaTek Helio P35 Chip which has an Octa core processor clocked at 2.3GHz, it runs on Android 9 pie with ColorOS 6.1 out of the box and a PowerVR GE8320 for graphics or gaming. The processor is also paired with a 4gb of RAM and 128gb of internal storage. 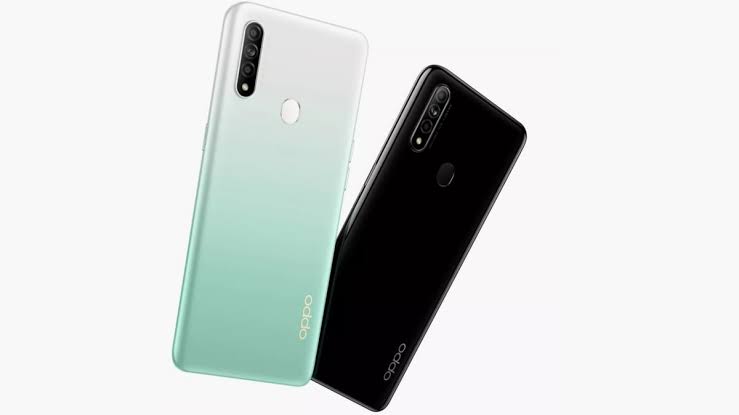 In terms of camera, this device spot a triple rear cameras which are the 12mp camera with f/1.8 aperture accompanied by a led flash, 2mp macro lens with f/2.4 aperture and a 2mp depth sensor with f/2.4 aperture. On the front, it has an 8mp selfie shooter with f/2.0 aperture, both the front and back camera records video in 1080p at 30fps. What is keeping the light on is a 4230mAh Li-Po battery.