Xiaomi sub-brand POCO, will be announcing a new smartphone in the X-series 7-days from today. The device which is codenamed Poco X3 will be announced on the 7th of September. It was initially rumored that this new device will be a rebadge K30 Ultra, but based on few leaked specs and even the launch banner, the X3 may be a different device all together.

Remember that K30 Ultra run on the Mediatek Dimensity 1000+ CPU, but according to GeekBench listing, the upcoming device will be based on a new Snapdragon 732G CPU. The X3 will obviously be the first smartphone to run this latest Qualcomm CPU, as confirmed by Agatha Tang, Product PR at Xiaomi Global.

The device will also support NFC as revealed by the teaser poster. The Geek-Benchmark app mentioned above accord the upcoming Poco phone 571 points in single-core test and 1,766 points in the multi-core region. Moreover, it also showed that the said Snapdragon 732G will have a based clock speed of 1.8GHz, and will be paired with 6GB RAM. 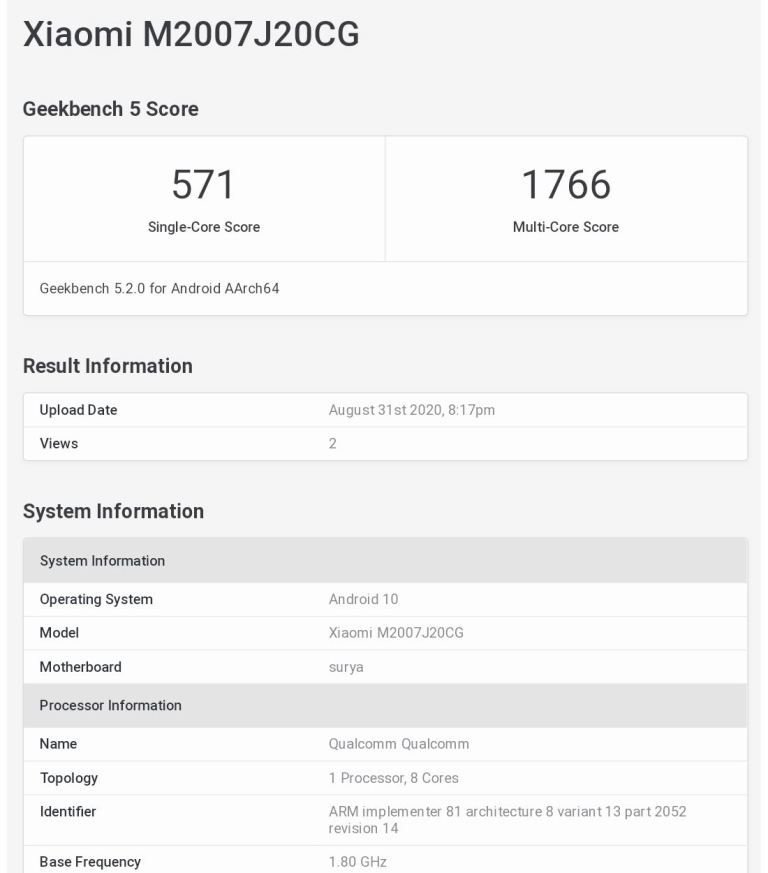 In a recent reports by 91Mobiles, the Poco X3 will a 6.67-inch 120Hz display, punch-hole screen, 64MP quad cameras, 20MP selfie camera, a 5,160mAh battery, and 33W fast charging support. Of course, Google Android 10 and MIUI v12 will definitely make the list of specs. Again, official launch of the X3 is stipulated for the 7th of September, at 20.00 PM GMT +8, and the event will be streamed via social media platforms.

Advertisements
Previous article
In Nigeria, the Infinix Zero 8 is priced @116,900 Naira
Next article
This is probably your first peak at the upcoming OnePlus 8T