While Transion owned Tecno mobile already has fair grip on some regional smartphone market like Africa, the company is still staggering to gain good footing in some other regions like the North America, a market unarguably dominated by the big dogs; Apple, Samsung etc.

Tecno will obviously not give up on this fight for prominent presence. But, instead of using bigger arsenals like the Phantom X and Camon 18-series, the company is resorting to same trick played in the African market. For example, Mexico, a country in the southern sketch of North America have just gotten two entry-level Tecno mobile phones dubbed POP 5S and POP 5X.

The two smartphone actually has a lot in common, and both seems to be a rebadged models from her sister company – iTel; the POP 5S is picking iTel A26, while the POP 5X looks like iTel Vision 1 Pro. Both of these phones are powered by UNISOC SC9832 CPU, both has 2/32GB memory option and both are 4G-enabled.

As for their camera specs, the two models are fitted with multiple lenses on their rear; the 5X gets three, while the 5S is given two. But their main rear snappers are 8MP and 5MP respectively, while 5MP and 2MP are used on their front.

You can learn more about the POP 5S and 5X HERE and HERE. Sadly as at writing, the retail pricing for these two was not stated. But if Tecno wishes to gain notable presence in North America, is imitated entry-level smartphone the way to go? Well, time shall tell.

Infinix has ticked a date for the arrival of it flagship device; the Zero Ultra, but Tecno is yet to...

Tecno Pova Neo 5G is a new smartphone under the Pova series. This device comes with a MediaTek Dimensity 810...

Tecno quietly released her Sonic 1 Wireless earbuds few weeks ago as the successor to the company's Bud 1 TWS.... 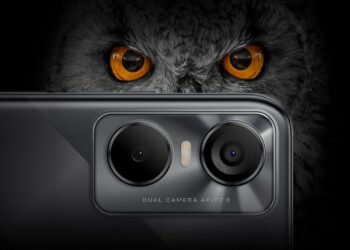 In aaddition to the Camon 19 Pro Mondrian Edition, Tecno will also be bringing the POP 6 Pro to the...