The phone is already available for purchase across the country, and Tecno is partnering with Slot Mobile, Finest Mobile and 3C-Hub for the initial distribution of the first wave of the device in the country. 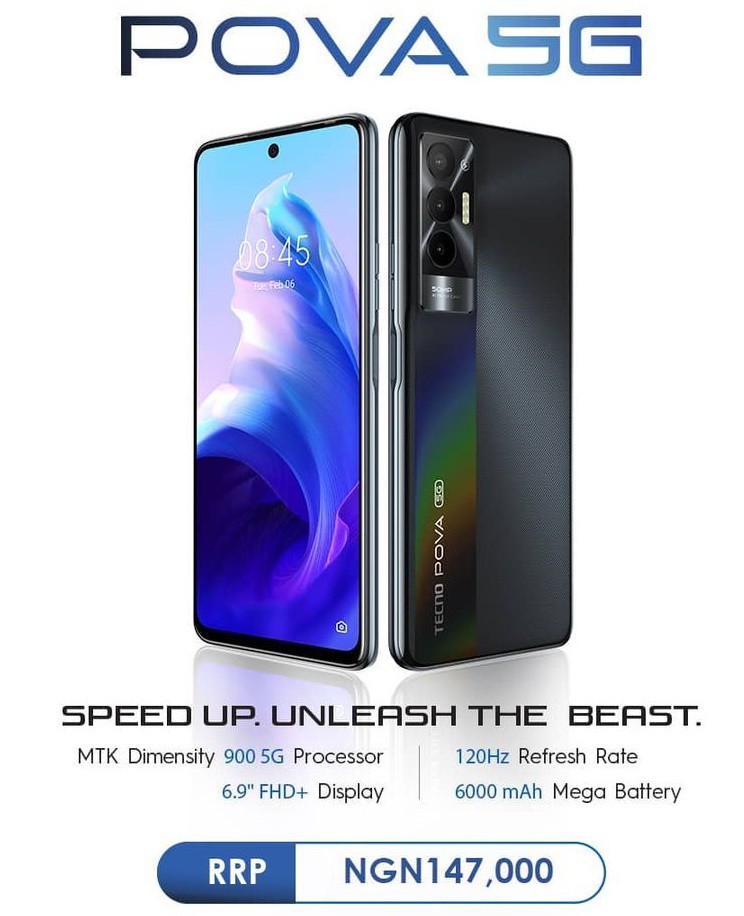 As far as specification is concerned, the POVA 5G is powered by MediaTek Dimensity 900 CPU, along with 8GB RAM and 128-Gigs of internal storage. The phone comes in a large 6.9-inches FHD+ screen with a dot-notch in the middle top. The panel is IPS, and there is a 120Hz refresh rating on the screen as well.

On the camera wing, there are three lenses on the rear, of which the major driver is a 50-megapixel lens, along with two other auxiliary lenses and a set of four LED flashes. There is also a single 16-megapixel selfie lens hidden within the notch on the front as well.

Additionally, you are getting a 6000mAh battery with 18W fast charging, and the device offers Android 11 with HiOS 8.0 OS out of the box. There is room for dual Nano-SIMs with 3G, 4G and 5G network support.