Pre-ordering for the upcoming Tecno Camon 17-series is now ongoing in Kenya. The pre-order activities begins today, and will run all the way to the 4th of May 2021. Currently we have no words on the official launch date of the phone, but this should happen before the preorder period is over. 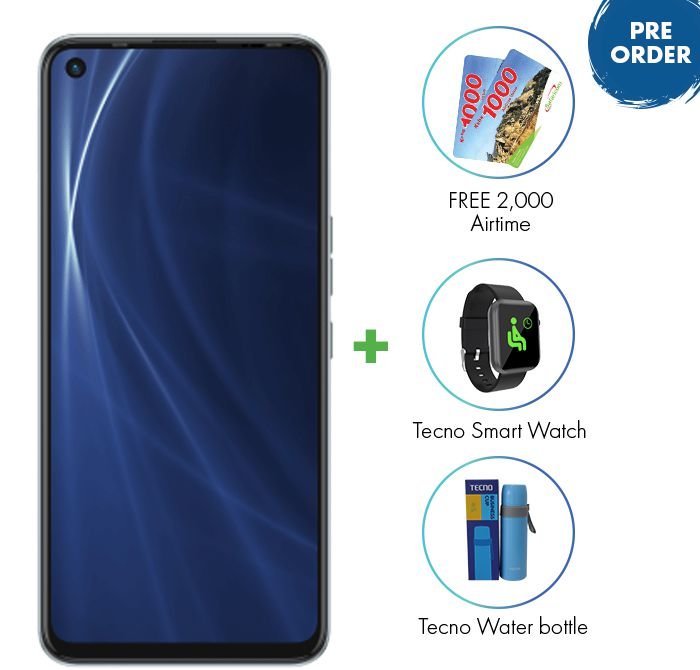 The Camon 17 is actually the direct successor to the Camon 16-series of September last year, and as you would expect, the device is will offer key upgrades over the older model, and should also come in multiple variants of Standard, Air, Premier and a 17P model as well.

Talking about upgrades, and in comparison to the standard Camon 16 of last year, the 17 will come with Helio G85 CPU with 6GB RAM and 128GB internal storage, which is notably better than the Helio G70, 4GB RAM and 64GB storage in the aged model.

But the Camon 17 will be shedding off some specs and weight as well, for example; the main rear snapper is reduced from 64MP lens to a 48-megapixel sensor, and only a set of three snappers will be used on the rear, instead of the four sensors on the previous model. Additionally, the display will be reduced from 6.8-inches to 6.6-inches, but this will have 90Hz refresh rate as seen on the recent Tecno Spark 7P.

Other specs of the Camon 17 should be familiar; and this includes a 5000mAh battery on the inside with 18W fast charging. The other two sensor on the rear will be a QVGA depth and a dedicated AI lens for portrait, while a single 16-megapixel lens will be housed in the notch upfront. 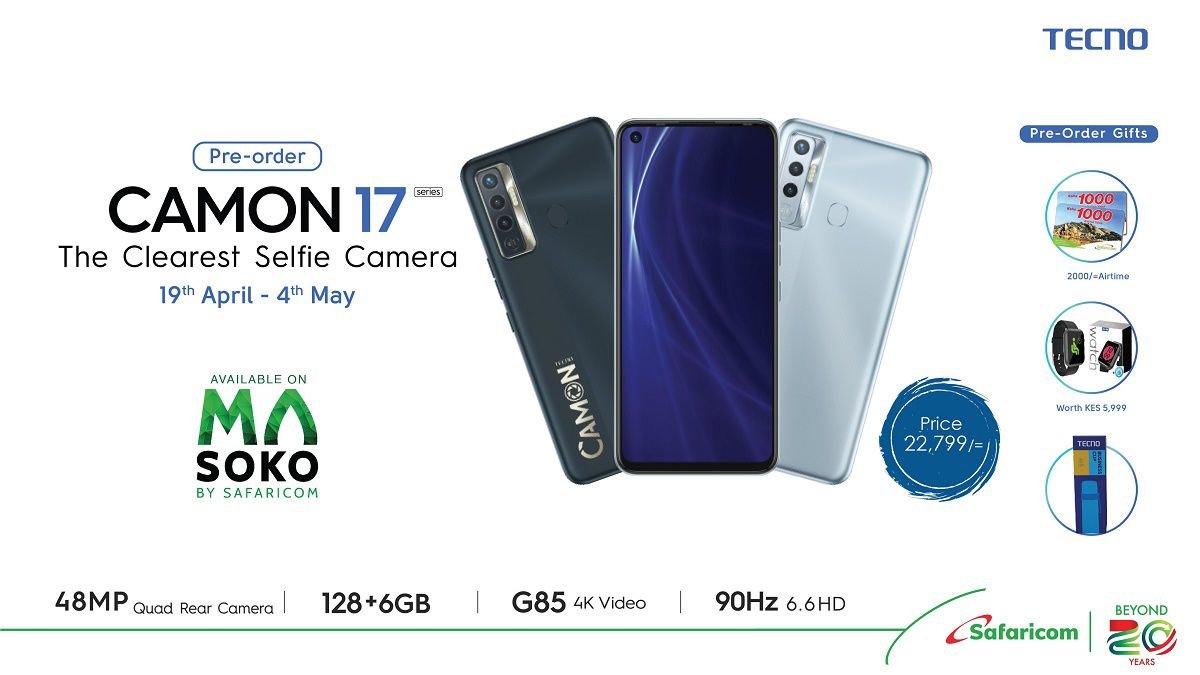 As for the preorder, the final price of the Camon 17 will be Ksh. 22,799 and early shoppers can benefits from a free 2000 Airtime, Tecno Smart Watch and a Tecno Water bottle; above Ksh. 8000 in worth. Pre-ordering is currently limited to Kenyans, and is done via Masoko.