Realme C3 has just been announced in India. The device is the company’s latest budget smartphone and the successor of last year’s Realme C2. The major selling point of the C3 is the presence of the latest Mediatek Helio G70 CPU and it super affordable price tag.

The Mediatek Helio G-series are CPUs designed mainly for gamers, with the G70 being the most basic of the series so far. The SoC is a 12nm architecture, and has a dual Cortex-75 CPUs clocked at 2.0GHz, and a hexa 1.7GHz Cortex-A55 CPUs. The CPU is pegged with ARM Mali-G52 2EEMC2 GPU, along with 3GB RAM and 32GB internal storage or a 4GB RAM and 64GB internal storage, expandable on both sides.

The device comes clad in a poly-carbonate uni-body with a new Sunrise design on the back and a waterdrop notch display up front. The handset sports a 6.52-inch HD+ Mini drop display, has 89.8 percent screen-to-body ratio, a 20:9 aspect ratio, and covered with Corning Gorilla Glass 3 atop.

The Realme C3 sports a dual-camera setup at the back, with a 12- MP (f/1.8) primary sensor and 2MP (f/2.4) secondary depth sensor, aided by portrait mode, Chrome Boost, Night Scape, HDR, and Slow-mo videos at 120fps. Upfront, there is a single 5 MP sensor for selfie, faceID and face beautification. 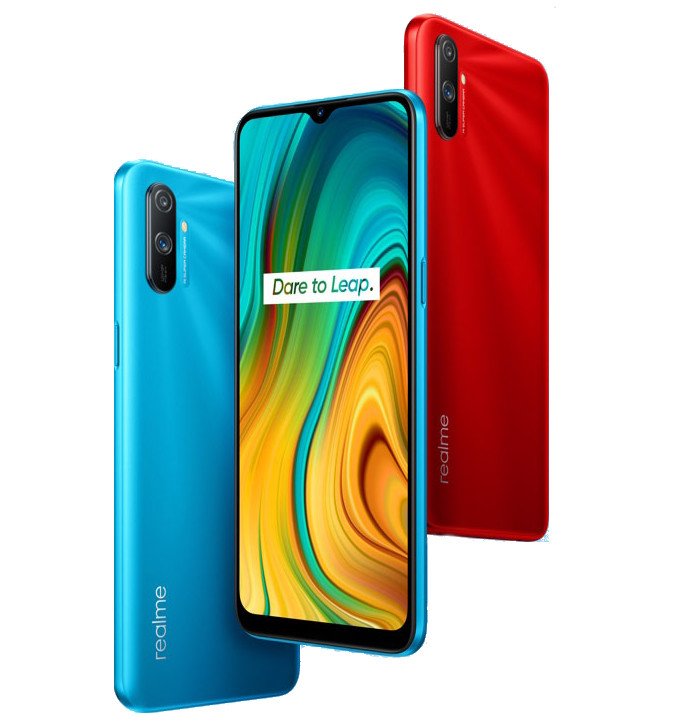 Interestingly, the C3 runs on the latest Realme UI based on Google Android 10 out of the box. It is available in Blazing Red and Frozen Blue colors, with support for dual 4G VoLTE SIMs. Both variants of the phone skipped fingerprint scanner, but has a large 5000mAh battery on the inside, with 10W charging.

Stephen Ekpahttps://www.droidafrica.net
Stephen is the Editor-in-Chief @DroidAfrica. His work on DroidAfrica is born out of pure passion for tech, especially as it relates to smartphones. When Steve is not writing tech, then he is reading tech.
Share
Facebook
Twitter
Pinterest
WhatsApp
Previous article
Coronavirus: Should you still buy electronics from China?
Next article
One UI 2.0 based on Android 10 headed to Samsung Galaxy A50