Realme, a sub-brand of OPPO is garnering efforts to launch series of smartphone on September 1st. According to reports, the Realme X7, X7 Pro and the X7 Ultra are all expected to go official on the aforementioned date. At first, information available on the internet pointed at just two smartphones under the X7-series, then the X7 Ultra crept in. 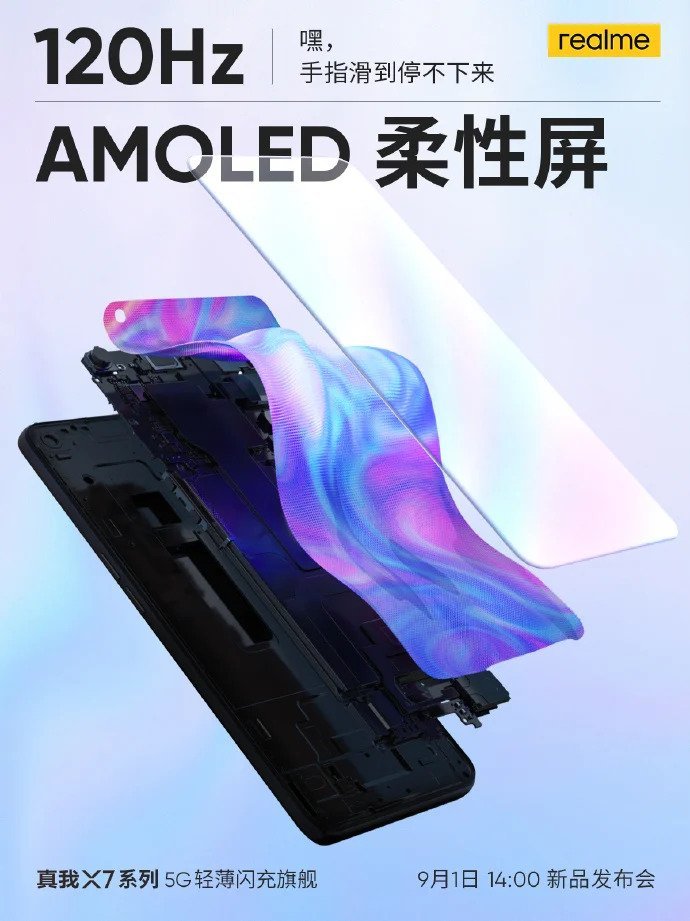 Not much is known about the vanilla Realme X7 yet, but as for the X7 Pro, the device is expected to come in a 6.55-inch screen with 1080 x 2400 pixels resolution. The display is said to be a Flexible Super AMOLED screen from Samsung, with up to 120Hz refresh rate.

A 32MP selfie snapper is expected at the front of the device, while the rear will spot quad-camera set-ups pioneered by a main 64-megapixel snapper. The X7 Pro, (probably X7 as well), is expected to support 5G network, consequently, a supposed Dimensity 1000+ CPU from Mediatek may be used.

Finally, a 4500mAh battery is expected on the X7 Pro, and will support up to 65W fast charging. The Realme X7 Pro Ultra on the other hand might be a flagship devices. According to the tweet below, the Ultra may be having similar specifications with the Pro version, but two things will be changing.

First, Qualcomm Snapdragon 865 CPU is expected on the Pro Ultra in stead of the Dimensity 1000+, and secondly, the Pro Ultra is tipped to support a massive 125W fast charging.

And even though both phones are using same battery capacity, the X7 Pro Ultra is said to weigh lesser than the standard X7 Pro: 175 grams vs 183 grams. As mentioned above, all three smartphones are expected to launch on the 1st of September, but until then, take these rumors very lightly.