Samsung released an entry-level device today. It’s the Samsung Galaxy A01 and it is one of the youngest smartphone in the A series family. We have seen the device earlier last month when it got FCC certification. At first glance, you can tell that this is a budget smartphone. It’s a mixed up of entry-level specs and upper-mid-range specs. The body of the device is made from a polycarbonate material which isn’t surprising at all and it has a big chin.

The speaker grill are placed at the rear bottom left corner of phone which is normal for all entry-level smartphones. The overall design aesthetic is completely for an entry level segment, nothing fancy at all. There are three colour option to choose from which are Red, black and blue. No fingerprint and NFC is available on the smartphone. 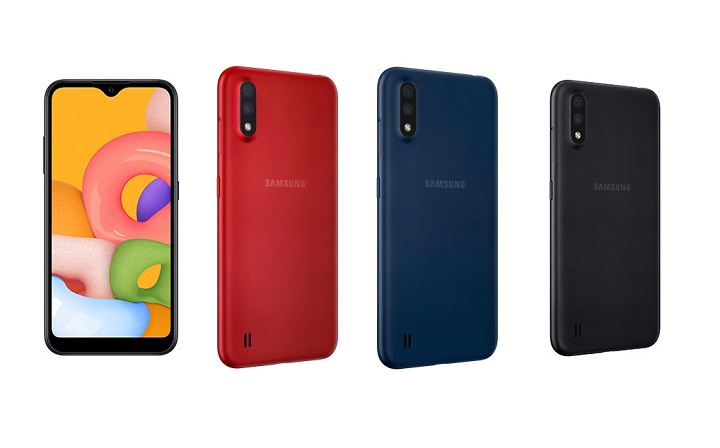 Going to the specs, on the front, it has a 5.7-inch Infinity-V display. It’s an HD+ display which means it has a resolution of 720 by 1560 pixels. The device has a PPI of 301 and 19:5:9 aspect ratio. It’s an IPS LCD panel screen with 77.8% screen to body ratio. Under the hood, it is powered by an unknown chipset which has an Octa core processor clocked at 1.95GHz. It runs on Android 10 Q with OneUI 2 out of the box and the GPU is also unknown for now. The processor is paired with a 6/8gb RAM and 128gb of internal storage. You can extend the storage up to 512GB with a Micro SD. 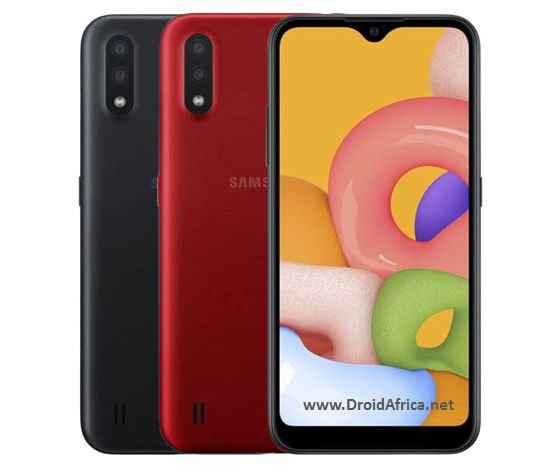 In terms of camera, this device spot a dual rear cameras which are the 13mp camera with f/2.2 aperture accompanied by a led flash and a 2mp depth sensor with f/2.4 aperture. On the front, it has a 5mp camera with f/2.0 aperture for selfies or video calls. What is keeping the light on is a 3000mAh Li-Po battery which doesn’t support fast charging.

Samsung is yet to unveil the price but looking at its specifications and considering it’s an entry-level phone, it won’t cost more than 54,000 Naira which is about 150 USD.