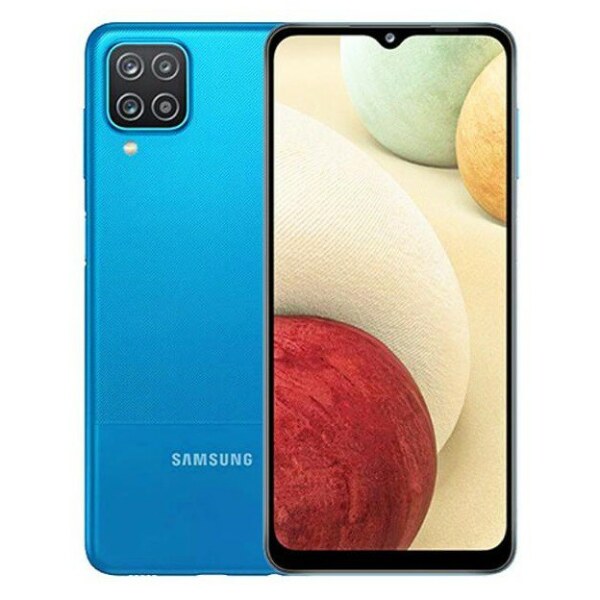 Samsung Galaxy A12 Nacho, is a variant in the A12-series, but unlike the standard Galaxy A12 with MediaTek Helio P35 CPU, the A12 Nacho model is based on Samsung’s own Exynos 850 octa-core CPU. Aside this CPU changes, all other aspect of the phone remains same. The device retains same 6.5-inches screen with 720 x 1600 pixels resolution and a dewdrop notch overhead which houses the selfie camera. The processing power on this device comes from the aforementioned Samsung Exynos 850, an octa-core 14nm CPU clocked at 2.0GHz. It is the same CPU used on the Galaxy M12. Backing the CPU is the Mali-G52 GPU along with a combination of 3/4GB RAM and 32-128GB built-in storage.

On the camera department, you are getting four lenses at the back which includes a 48-megapixel main lens, a 5-megapixel ultrawide, 2-megapixel macro and a fourth 2-megapixel depth sensor, along with an LED flash, while a single 8-megapixel selfie sensor is housed in the notch upfront. There is a side-placed fingerprint scanner, dual SIM cards options with 4G LTE network on both SIMs. On the inside, you are getting a 5000mAh battery with 15W fast charging, while Google Android 11 with One UI v3.1 is available out of the box. The full specs of Samsung Galaxy A12 Nacho model is contained in the table below.