2020 is just 13 days to go and Samsung is done with their A series devices. They launched a lot of A series devices this year to compete with the budget section. You know Samsung use to release flagship devices a lot, in short, they emphasize in flagship devices a lot but this year, they realised that they are leaving a lot of money on the table by not joining the budget section.

So they crafted a name for their budget devices and that’s A. They started with A10 and A40, then A20 and so on. Today they are second king of budget smartphones. 2020 is fast approaching and they are quite ready for the year. Instead of continuing with the number, they decided to start adding 1 suffix and removing 0 from it’s 2019 A series devices. For e.g, instead of A50, it’s now A51 for 2020. Instead of A70, it’s now A71 and so on.

They started with the A51 and A71 which they released few days ago and that smartphones are pretty cool. We have now received a report that the company is working on the Galaxy A21 smartphone. This was discovered through an alleged case render by SlashLeaks. The case really reveals the potential design of the upcoming smartphone. 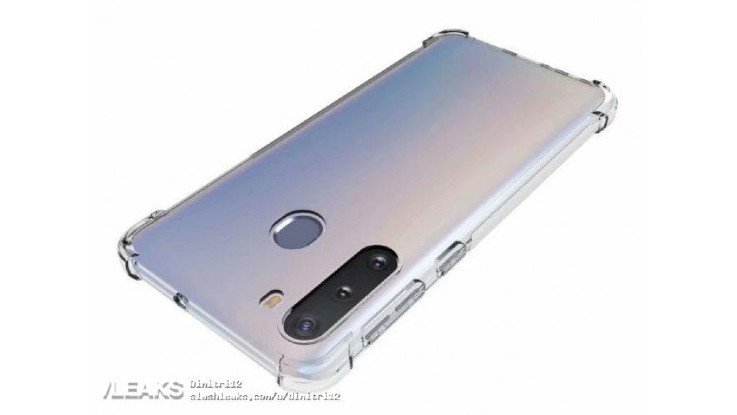 To start with, the Galaxy A21 will come loaded with a waterdrop notch display at the front. The rear panel comes with a vertically-aligned triple-camera setup at the top-left corner along with an LED flash. There is also a fingerprint scanner cut out at the top-centre position. The right side of the smartphone will be loaded with volume controls and power on/off button. The bottom side of the phone features a USB Type-C port, which is flanked between a 3.5mm audio jack and speaker grille.

The render also shows that the phone might come with a gradient finish. No specificications of this device is known but in the future, we should learn more about the device. Samsung closed the year for the A series lineup with the most recent released Galaxy A01 which is totally targeted for the entry-level folks.