The Samsung Galaxy A21s which was announced on the 17th of May 2020, is now officially introduced in Nigeria. It arrives in three colors of Black, White or Blue, and priced at N84,000 for the 4GB RAM and 64GB of internal storage. Considering the price point, the device will compete directly, against the likes of the Infinix Note 7, Tecno Camon 15 Premier and the Xiaomi Redmi Note 9s.

As far as specification is concern, the Galaxy A21s comes in a 6.5-inch HD+ display with 720 x 1600 pixels resolution. The phone is based on the latest 8nm Exynos 850 CPU, an octa-core chip clocked at 2.0GHz, along with Mali-G52 GPU. There are two additional storage option of 3GB RAM and 32GB ROM, or 6GB RAM and 64GB ROM, in addition to the one mentioned above. 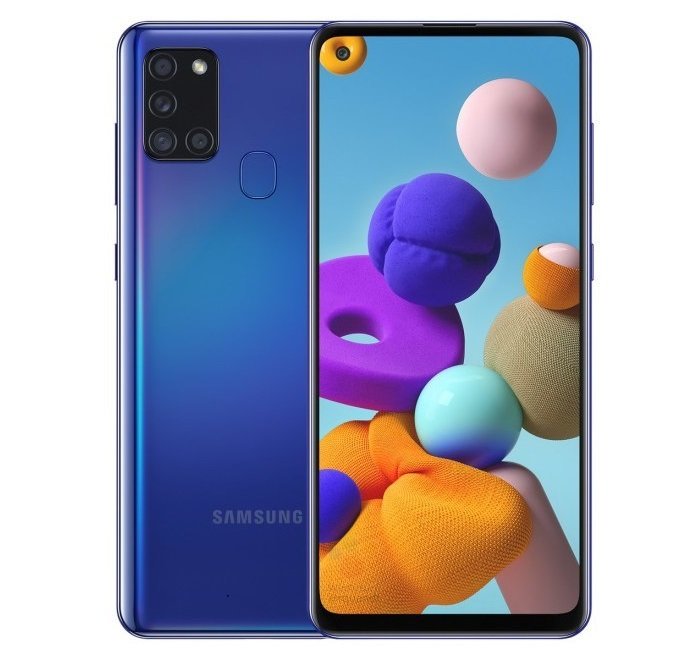 On the camera department, there are four camera modules at the back. The main snapper is a 48-megapixel sensor, pegged with 8-megapixel ultra-wide lens and two additional depth and macro snappers. If you care about selfie, there is a single 13-megapixel lens kept in the punch hole notch upfront.

Other features of the Samsung Galaxy A21s includes a rear placed fingerprint scanner, FaceID, 5000mAh battery with 15W fast charging and the latest Google Android 10 with OneUI 2.0 out of the box. The device will be available in both offline and online stores like Jumia.

Stephen Ekpahttps://www.droidafrica.net
Stephen is the Editor-in-Chief @DroidAfrica. His work on DroidAfrica is born out of pure passion for tech, especially as it relates to smartphones. When Steve is not writing tech, then he is reading tech.
Share
Facebook
Twitter
Pinterest
WhatsApp
Previous article
TV S1, first Infinix smart TV coming on June 25th
Next article
Realme C11 coming on June 30th; Helio G35 confirmed