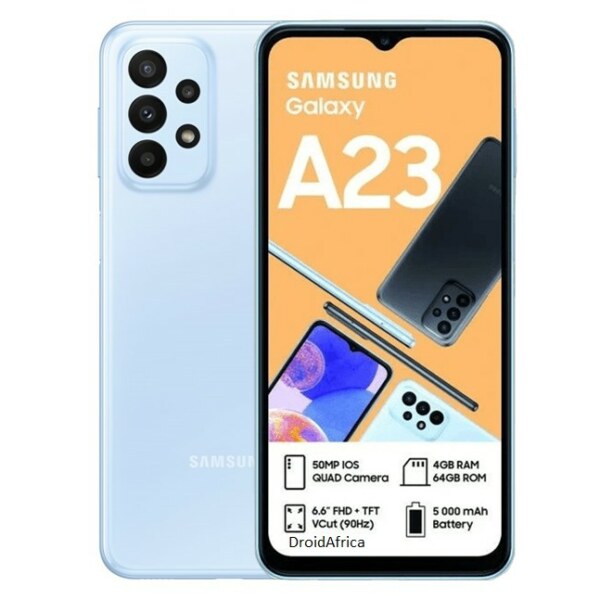 The Galaxy A23 is the direct successor to the Galaxy A22 announced last year. The specs and design of the phone is very similar to the A13 4G, except that the CPU is changed to Snapdragon. The phone comes in a 6.6-inches screen with 1080 x 2408 pixels. There is a V-shaped notch on the screen, and it support 90Hz refresh.

As for the camera department, the Galaxy A23 4G has four lenses on the rear. This includes a 50-megapixel main lens with OIS and F/1.8 aperture, 5-megapixel ultrawide lens 2-megapixel macro and a fourth 2-megapixel depth sensor. A single LED flash is used on the rear, while a the front has 8-megapixel selfie shooter.

The A23 is painted in Peach, White, Black and Blue colors, and runs Google Android 12 with One UI 4.1 out of the box. Battery power is supplied by a 5000mAh unit with 25W fast charging, and there is a side-mounted fingerprint scanner as well. The full specs of Samsung’s Galaxy A23 4G is contained in the table below.