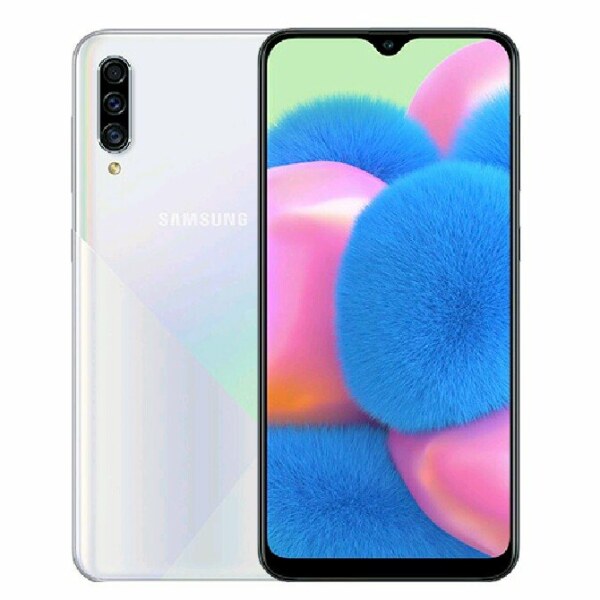 Just like the name suggests, the Samsung Galaxy A30s is the upgraded version of the standard galaxy A30. It also look more like a downgraded version of the previous galaxy A50, which has in-screen fingerprint scanner. So the Galaxy A30s comes with an in-screen fingerprint sensor and a triple rear camera setup. The display on the other hand is a 6.4-inch HD+ screen, which 720 x 1560 pixel resolution. It also has a Waterdrop notch Cut-out above the, which houses the selfie camera.

The aforementioned triple rear camera is a combination of a 25 MP main sensor, an 8 MP ultra-wide angle lense, and a 5 MP depth sensor, featuring PDAF, f/1.7 aperture and a single LED flash. At the front, there’s a respectable 16-megapixel front-facing camera for selfie and video chats.

The device retains same 4000mAh built-in battery, with 15W fast charging features as seen on the Galaxy A30, and also supports USB Type-C interface, and Android 9.0 (Pie) out of the box. Other key specifications and silent features of the Samsung Galaxy A30s are contained in the table below.